A review of the Portable Compressor is ready and you can watch it on my channel using the link in the description. And now I will show you a launcher or in another way – Super Energy Max Car Jump Starter for a car (during the 11.11 promotion, its price will be less than $70 or 5000 rubles) and together with it and a 160 W cigarette lighter charger (Promotion price ~ $27 or 1950 rubles).

Both boxes are made in the Baseus corporate style – white with yellow elements, an image of the device on the front side and characteristics on the back. 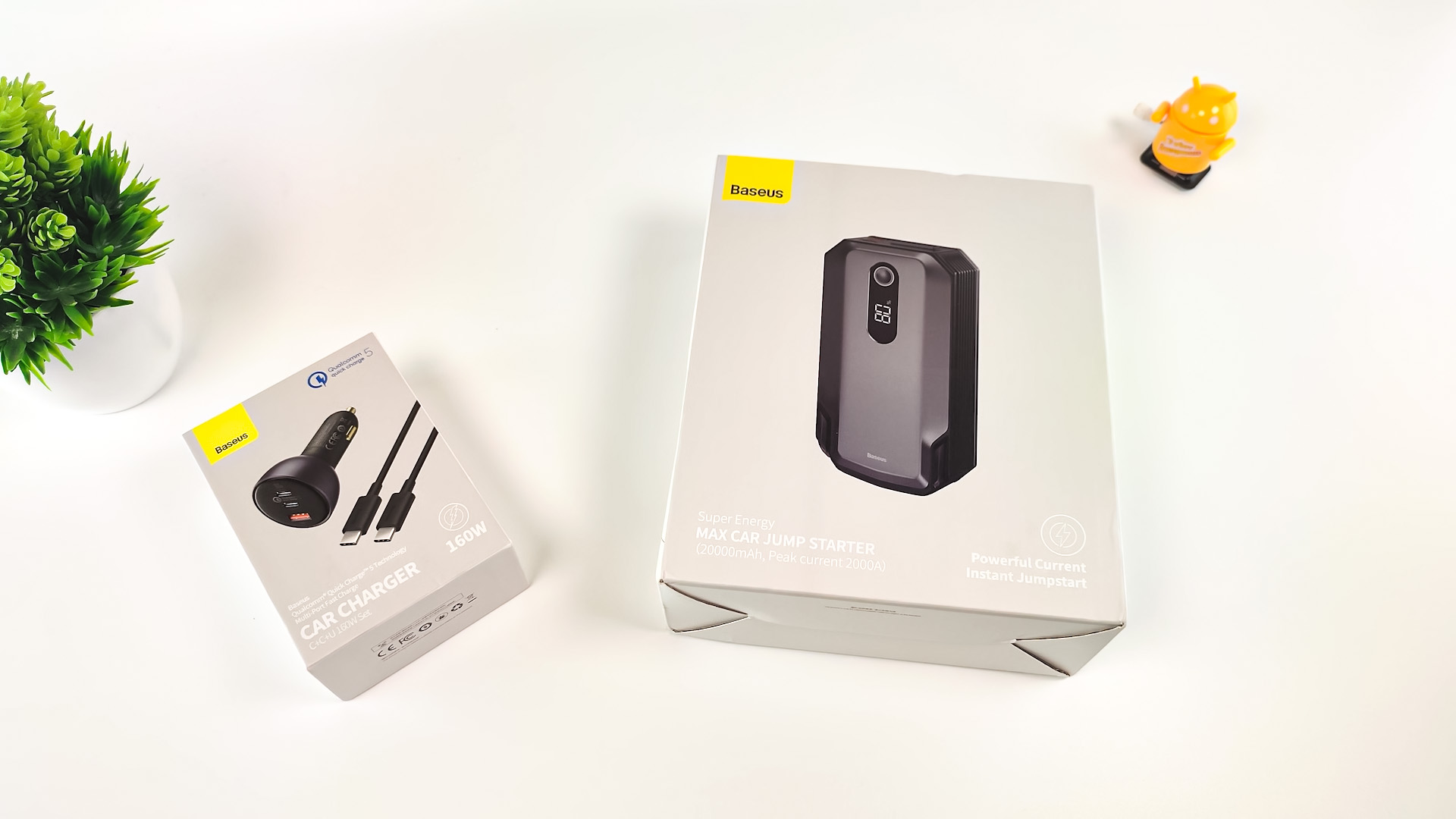 As you can see on the box, the cigarette lighter charger supports Qualcomm Quick Charge 5 technology, which is very cool. The ports themselves have a C + C + U configuration, which means 2 USB Type-C ports and 1 USB Type-A connector. 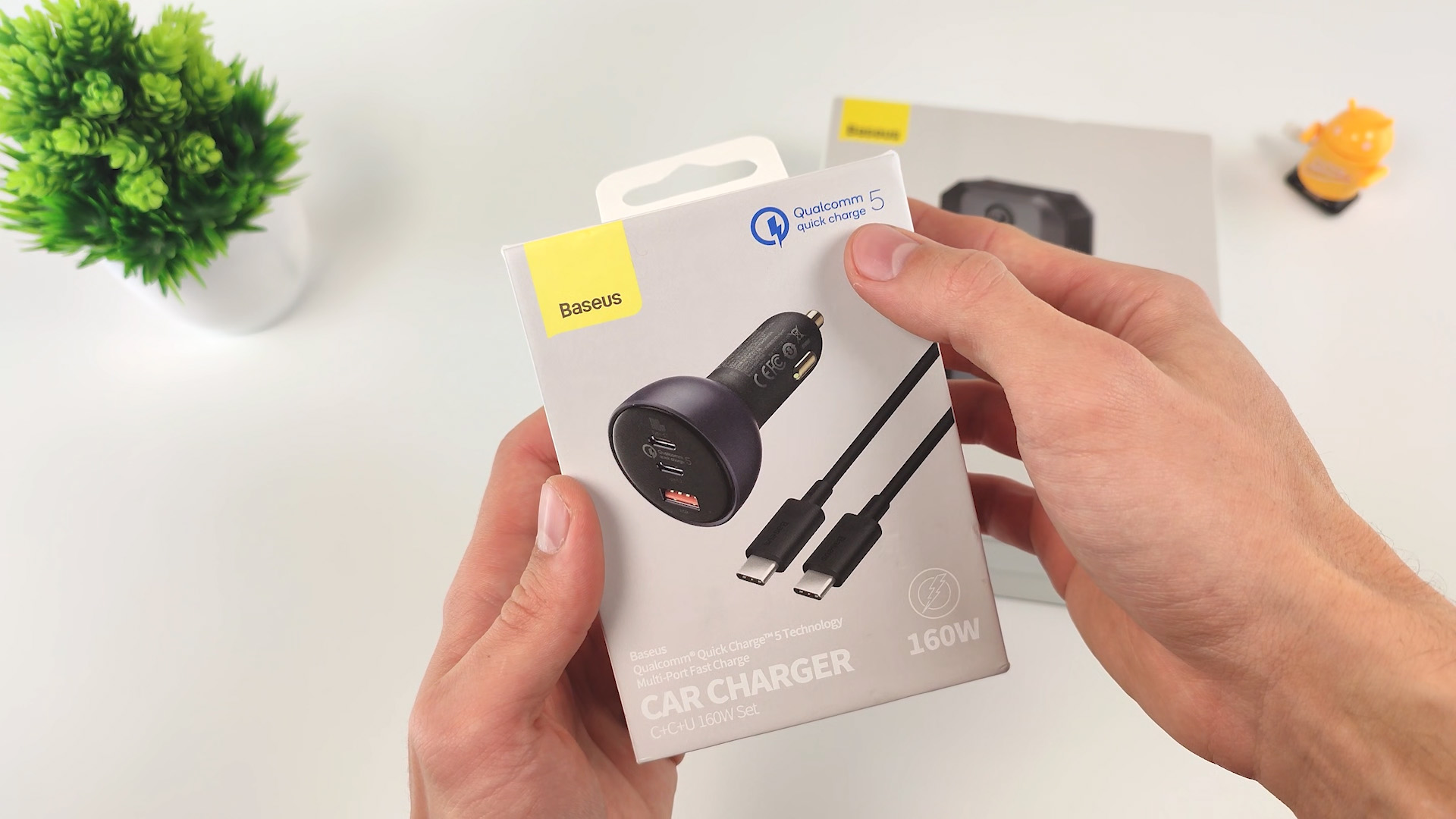 Let’s move on to the larger jumper box, this is the coolest model in the Baseus line of JUMP STARTERs. The box indicates that the total capacity of the built-in batteries is 20000 mAh, and the starting current can reach as much as 2000 A, which, in fact, is awesome! 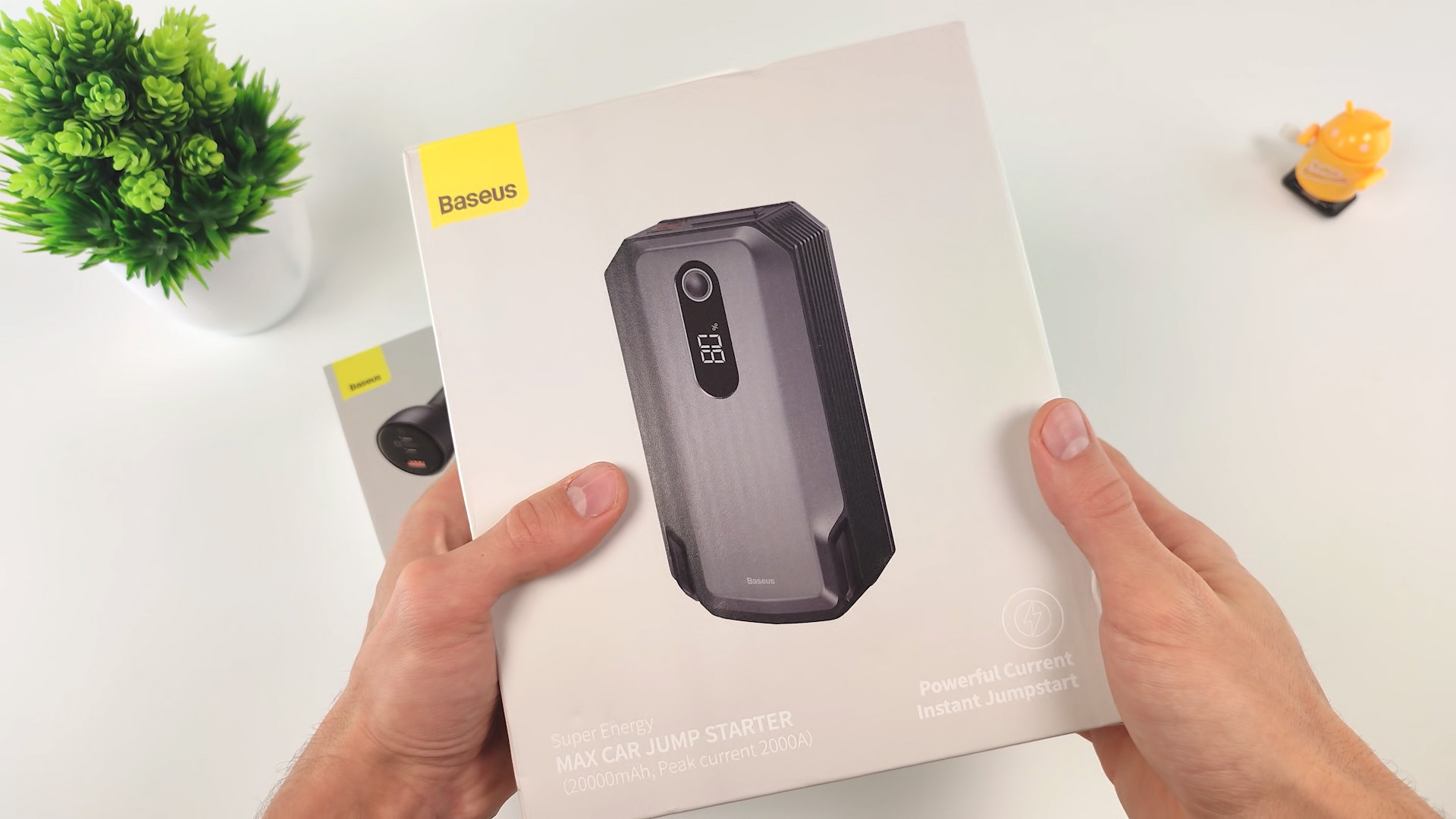 More detailed specifications are shown on the back. Of the interesting – the possibility of starting gasoline engines with a volume of up to 8.0 liters and diesel engines – up to 4.0 liters is indicated. 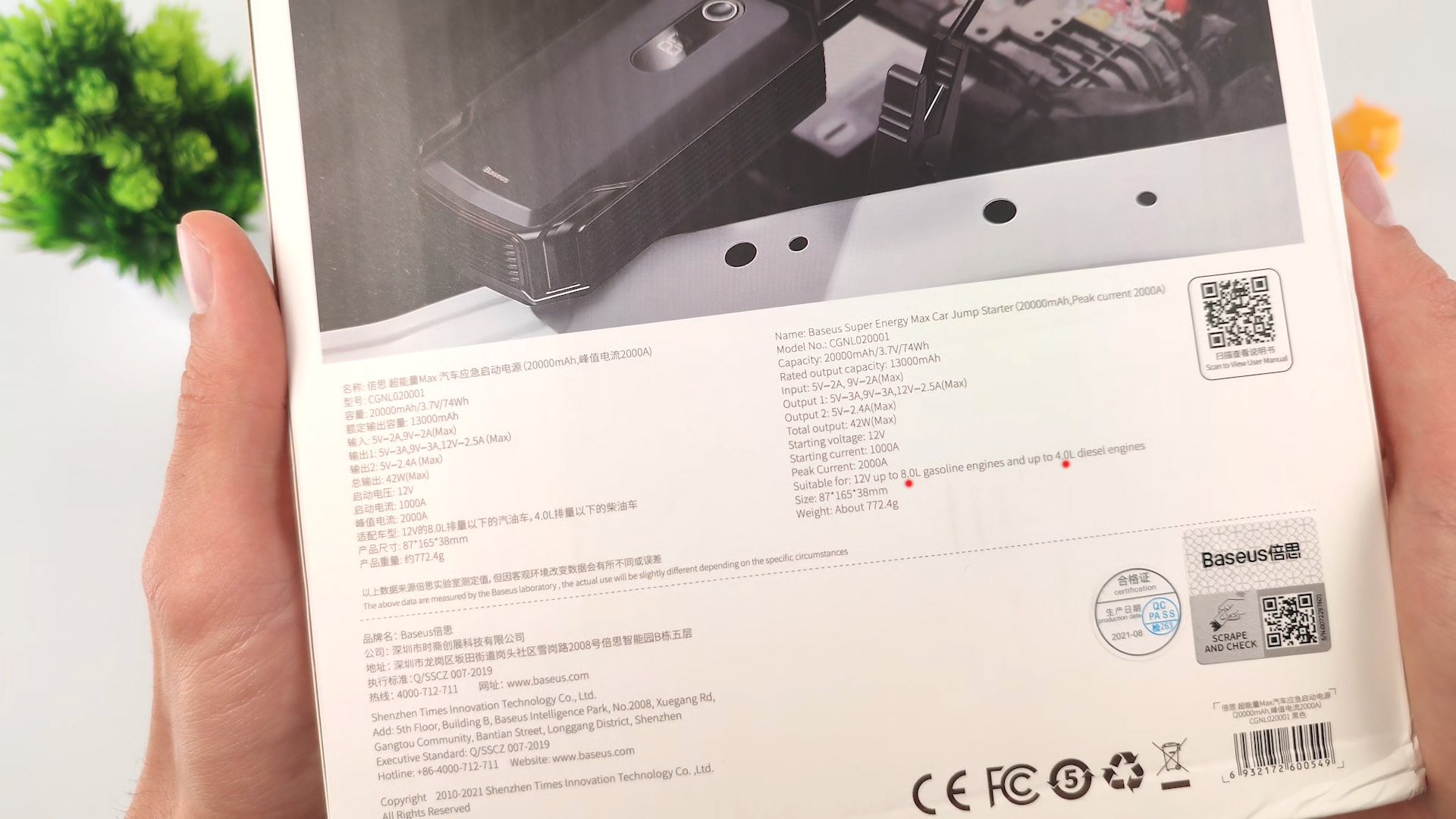 Well, the main features of the device are also indicated on the side:

Judging by the characteristics, we really have top-end devices in their segment.

The charger also comes with a high-quality Type-C – Type-C cable for high currents, which is very cool, because so far this is a happy new cable format and not everyone has them, but you can use them right away. 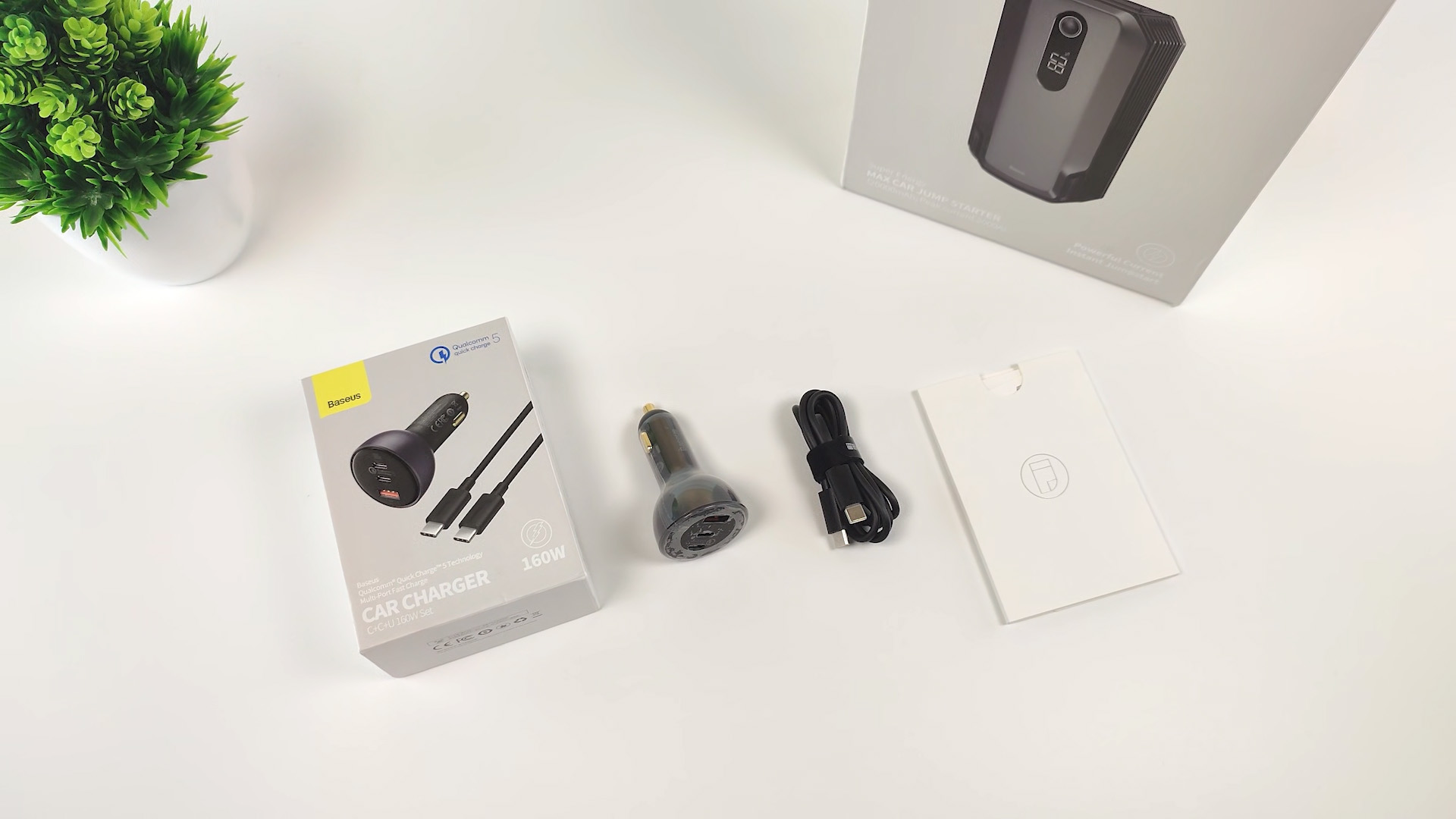 The Baseus charger itself is made very well, it feels like an expensive thing, especially in comparison with cheap analogues. All connectors are light red, which indicates the presence of Quick Charge in each of them. 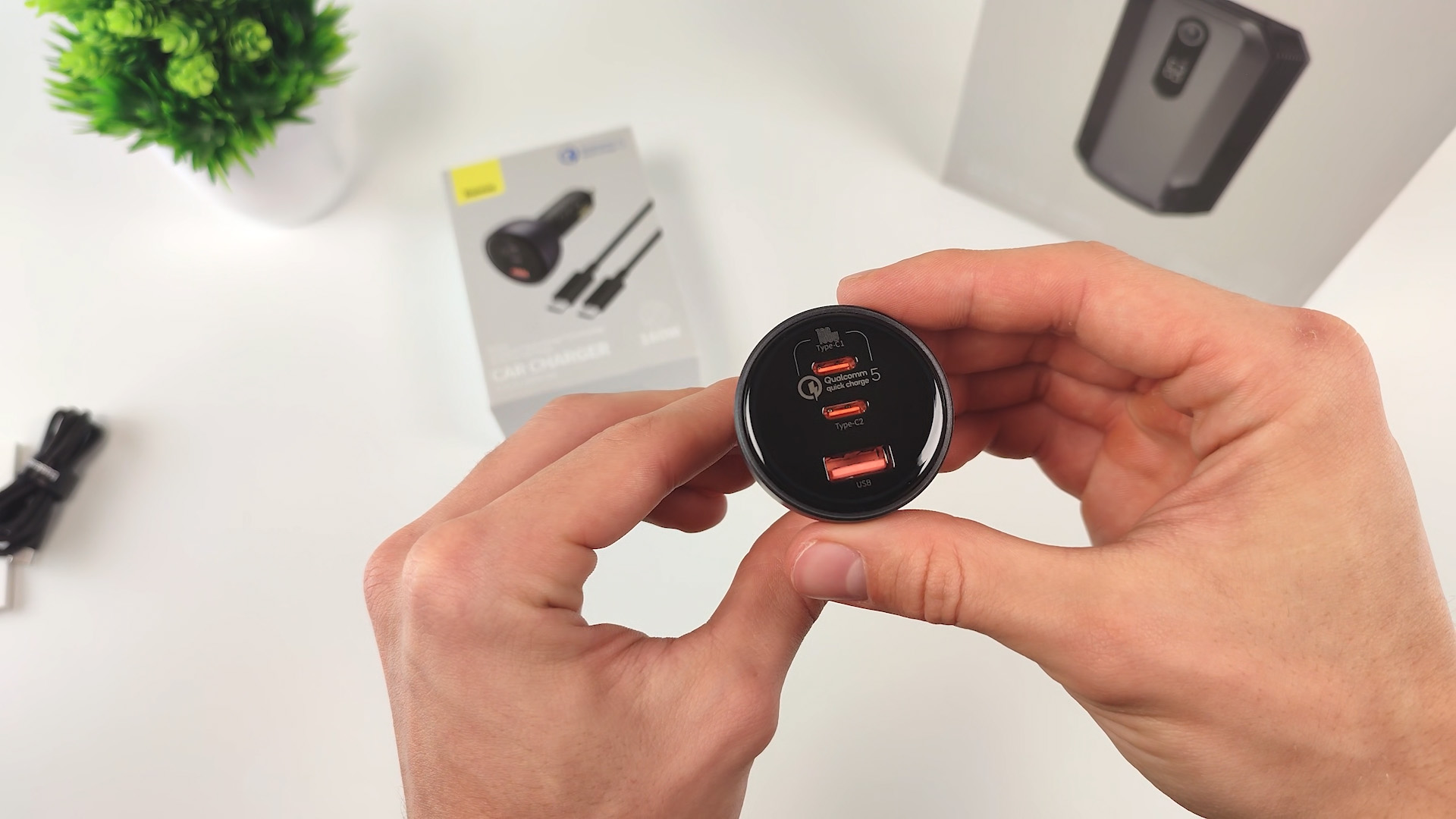 The glossy panel looks very cool, but it will need to be wiped off from fingerprints or tried not to paw. 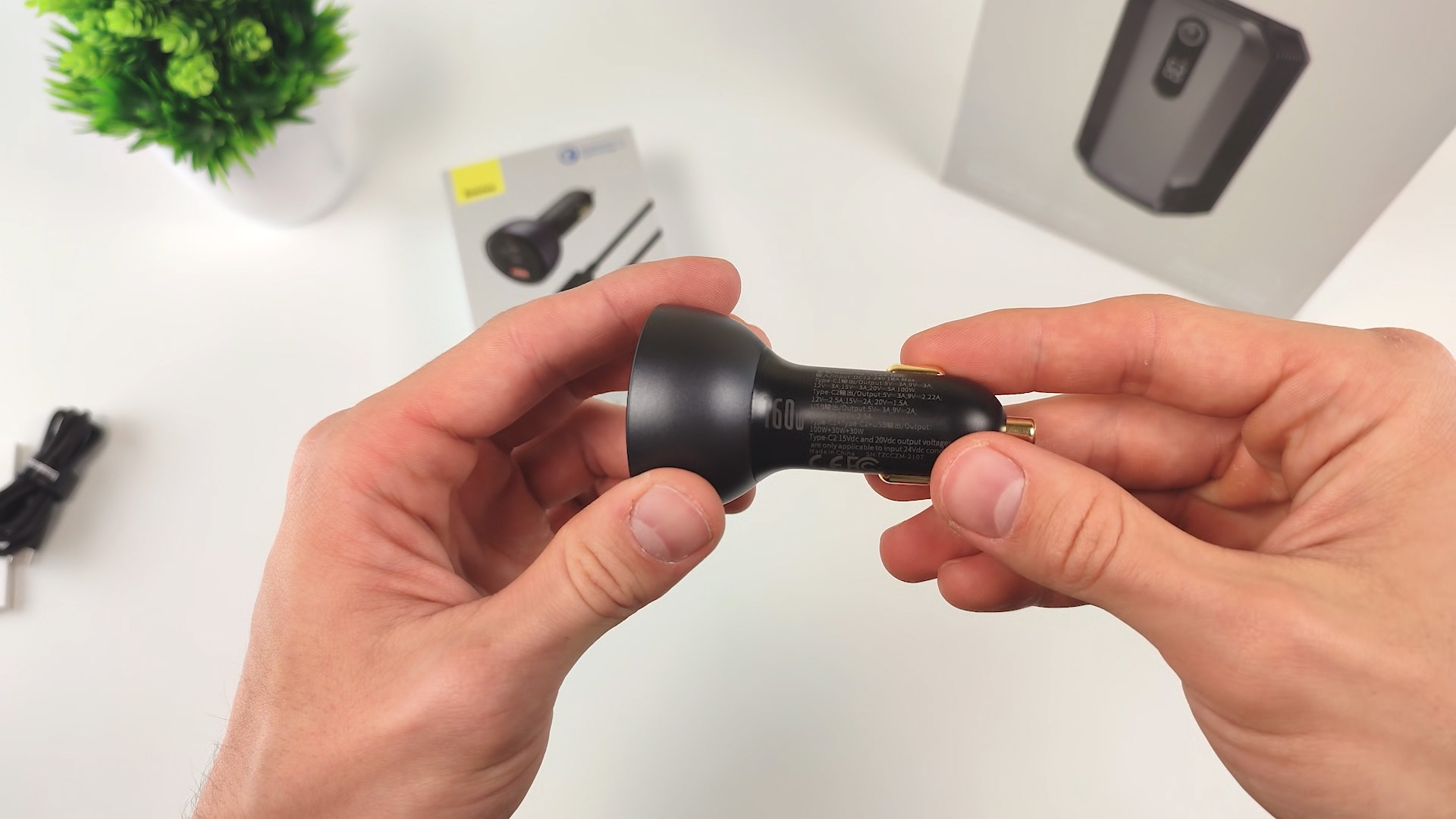 The rest of the case is made of matte plastic in black and gray, coated to resist scratches, and the contacts are gold-plated to reduce resistance and heat. 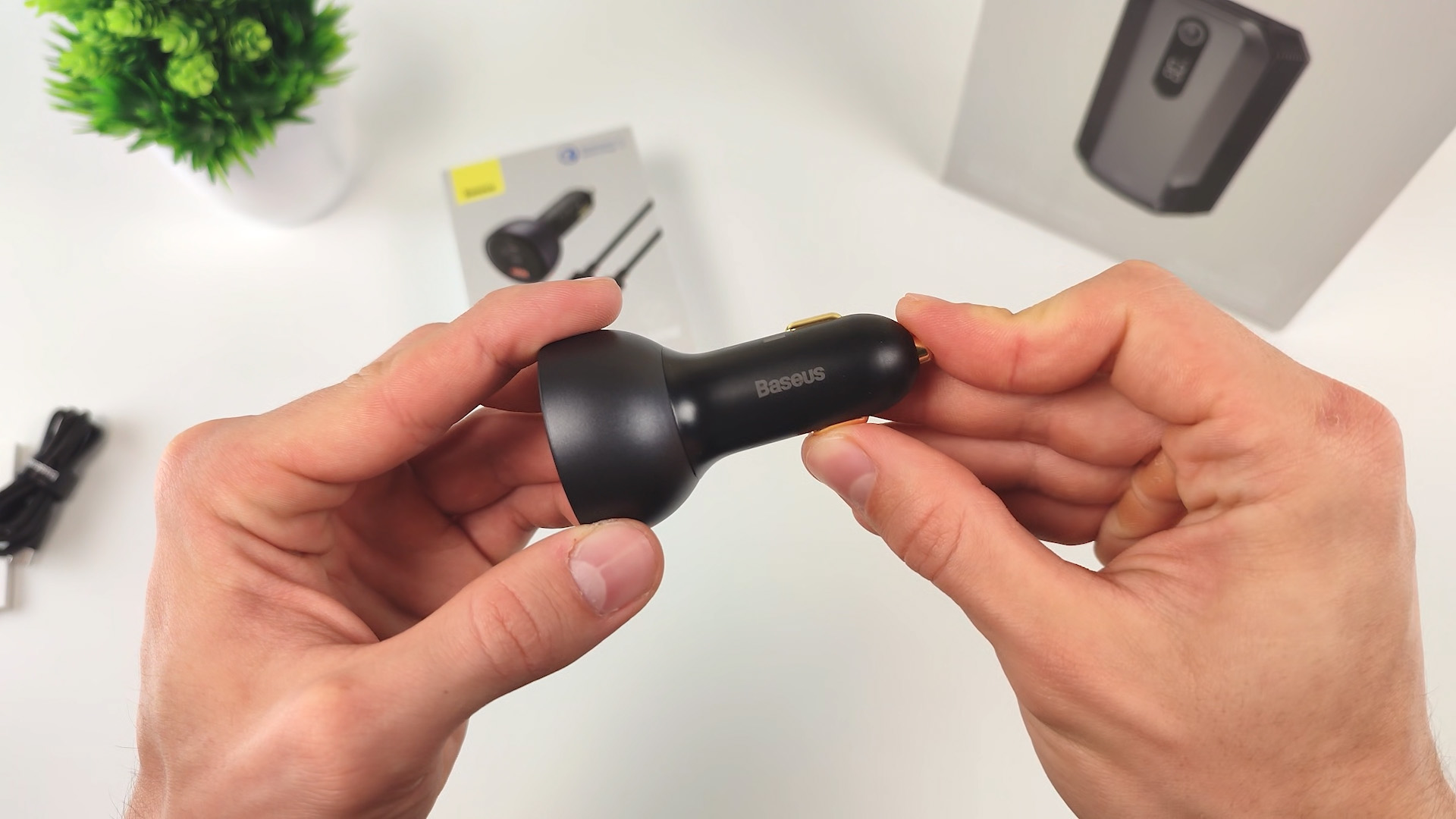 Briefly, I have already listed the features indicated on the box, but there are a few more that I learned from the seller’s page on Aliexpress, namely: 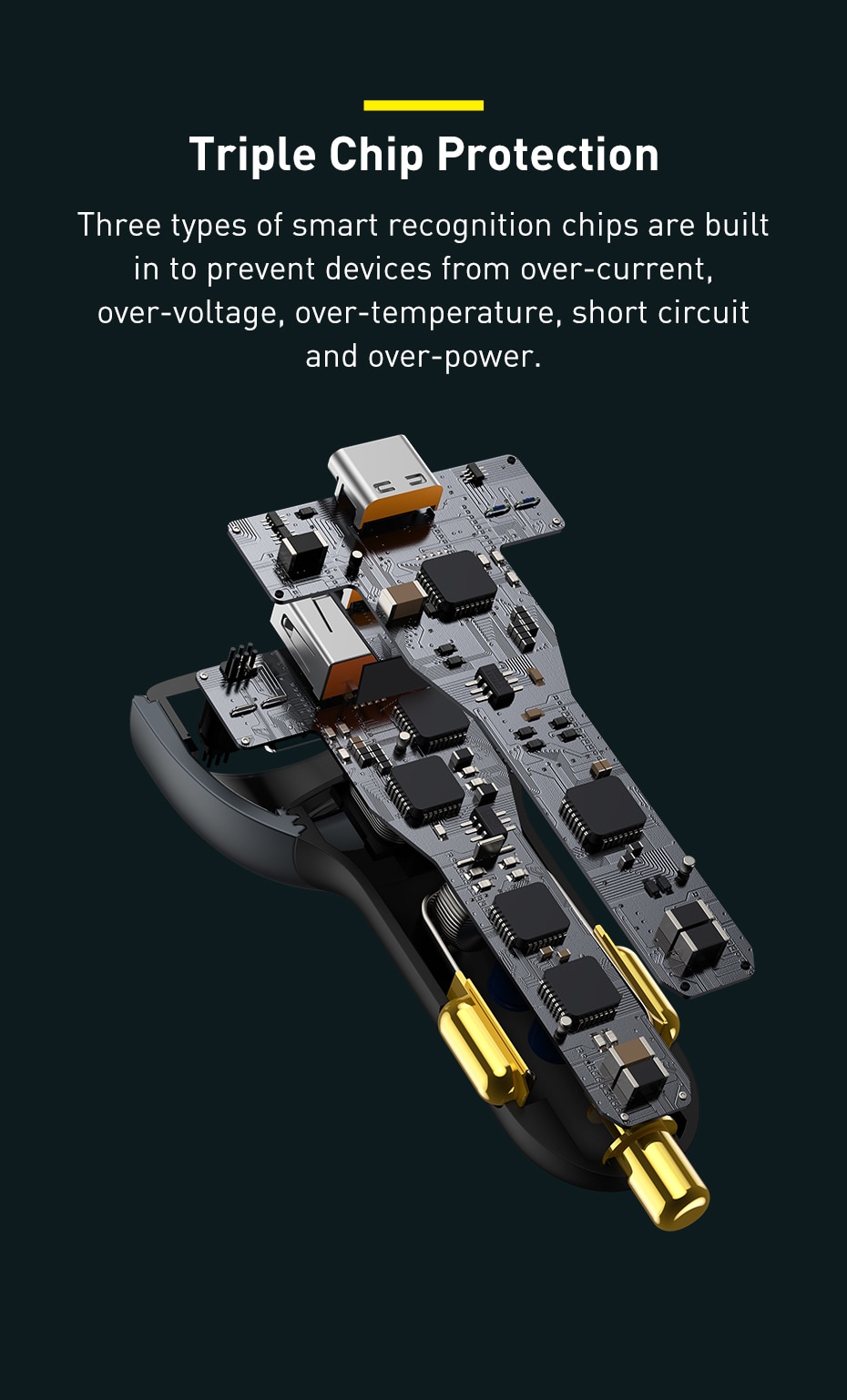 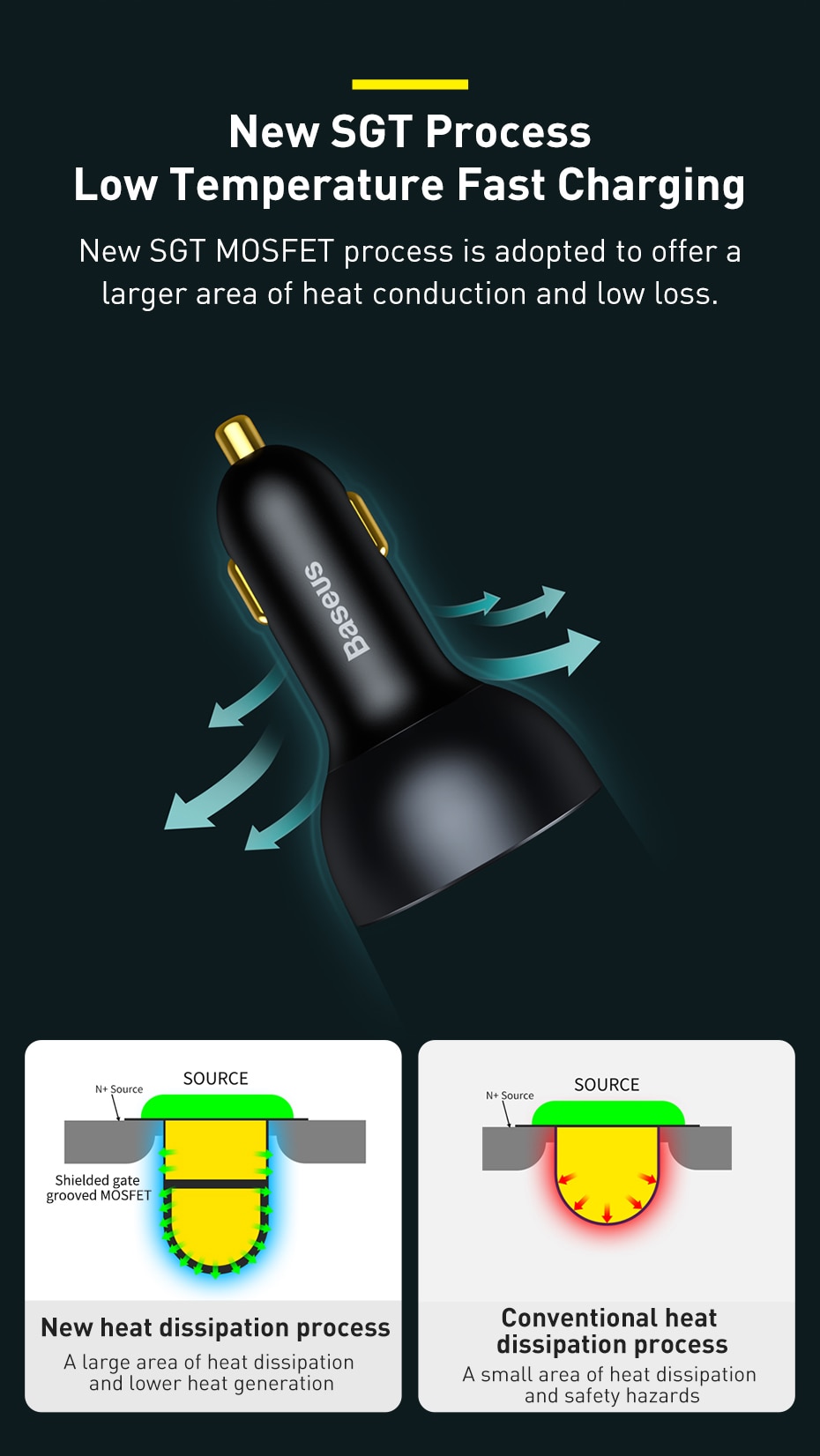 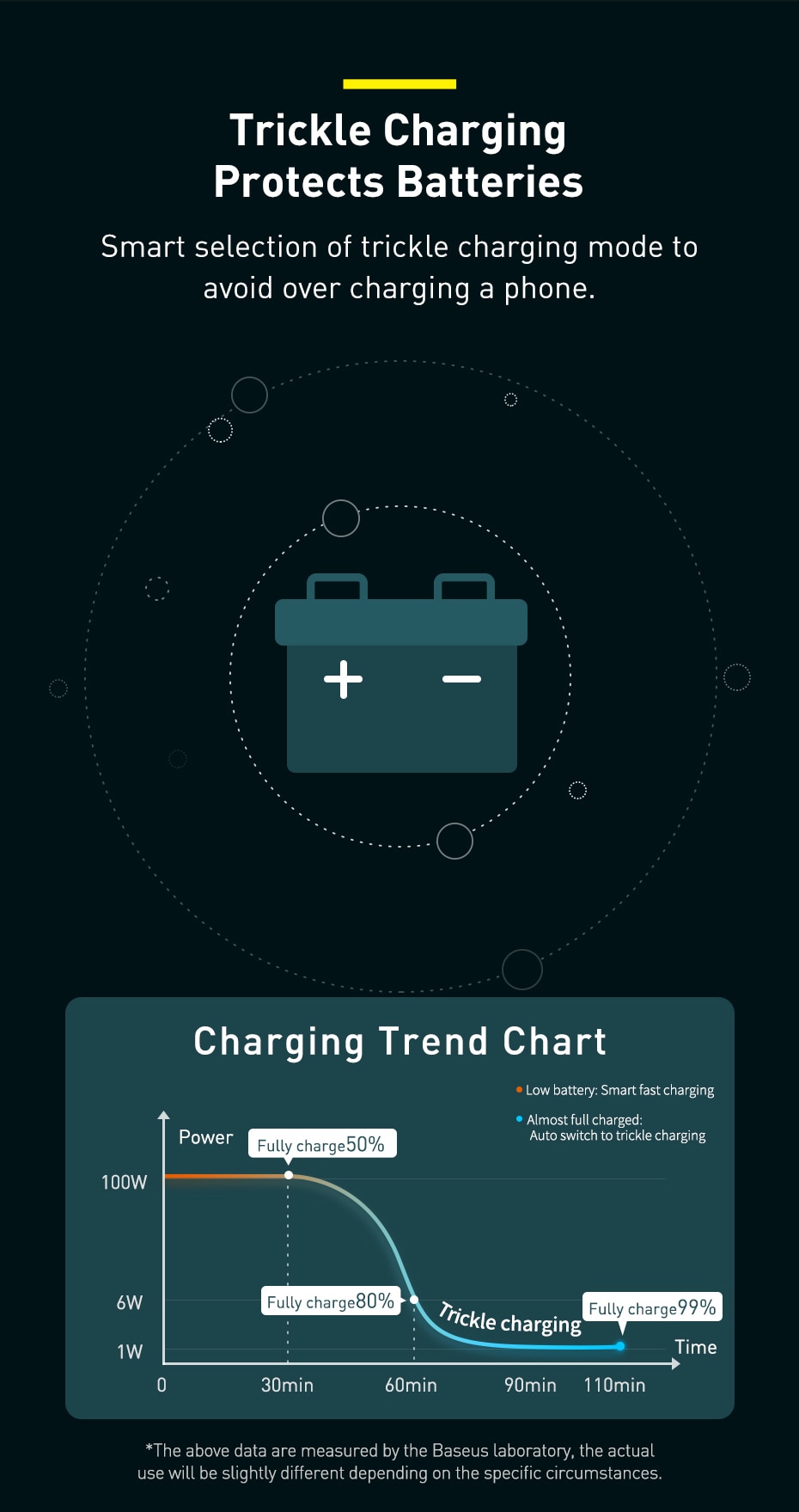 The installed device glows very beautifully with a blue halo, and the phone shows that it really is fast charging. 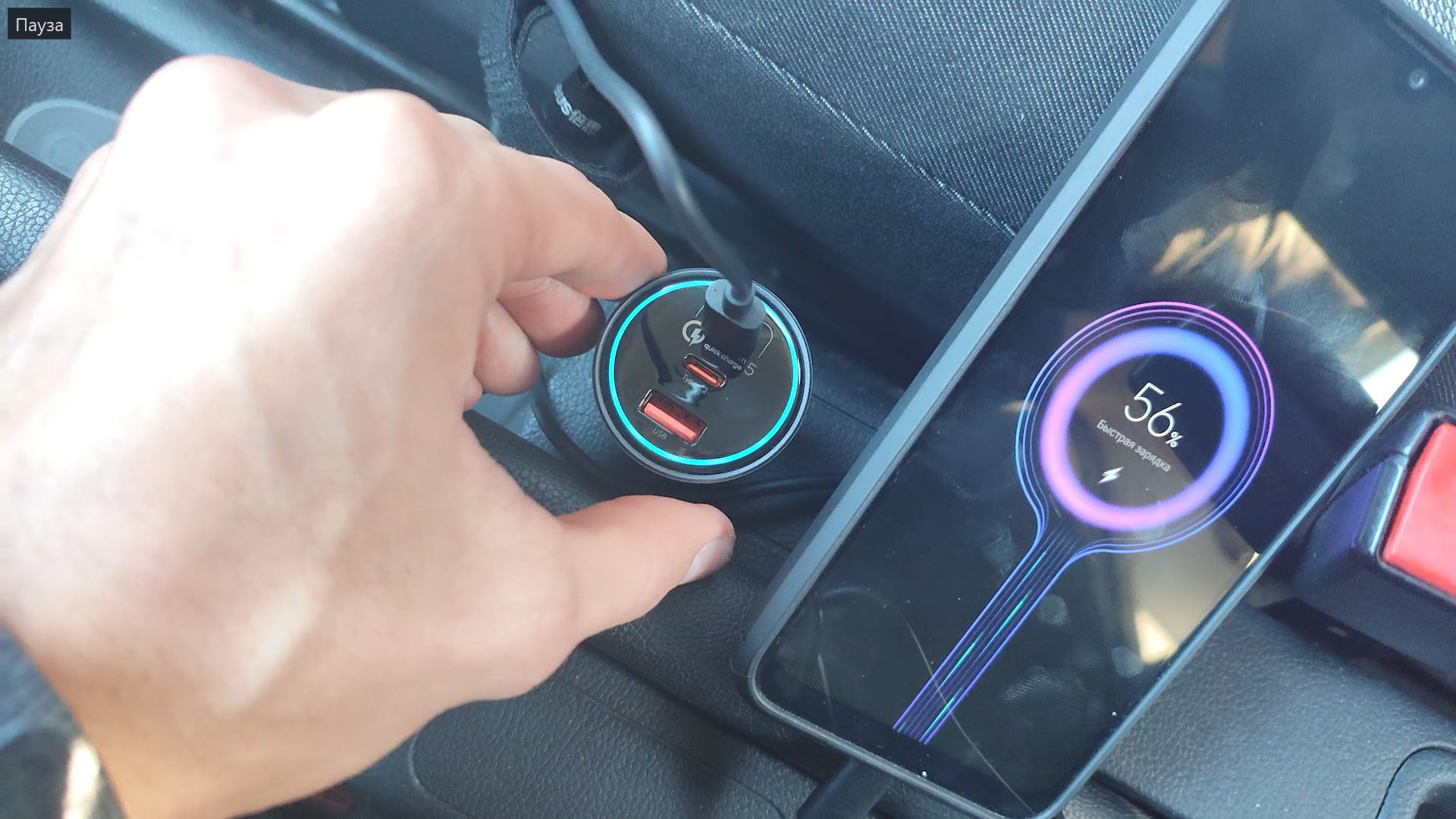 But let’s move on to the main character of this video – Baseus Super Energy Max Car Jump Starter CRJS04, a long name that implies a really powerful jump starter the size of a Power Bank. Actually, what is it and why is it needed? 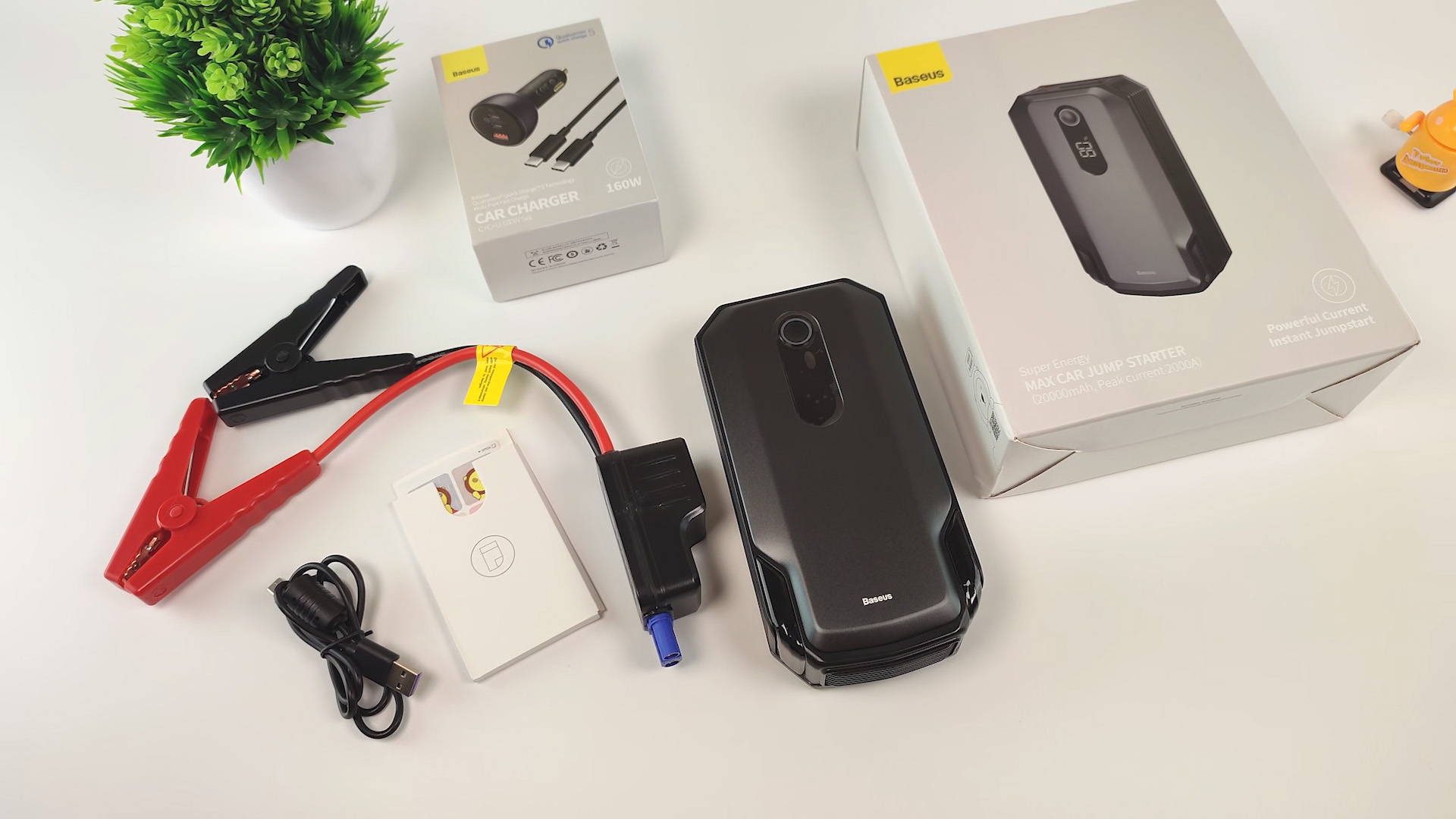 I think you have often met with such a situation when the car battery was discharged to 0 or so much that it was no longer possible to start the engine.

It is in such cases that such a device can help you out so as not to call friends with a request to “light up” or, moreover, not to call a tow truck. Namely, this jump starter from Baseus also has enhanced characteristics, so to speak “at maximum speeds”, but its price for the stock is closer to weaker competitors. The body is made of plastic, and the auxiliary flashlights resemble the headlights of a car. At first, I was tormented by the question of why they shine in different directions and the only logical explanation is to illuminate two spaced terminals on the battery. 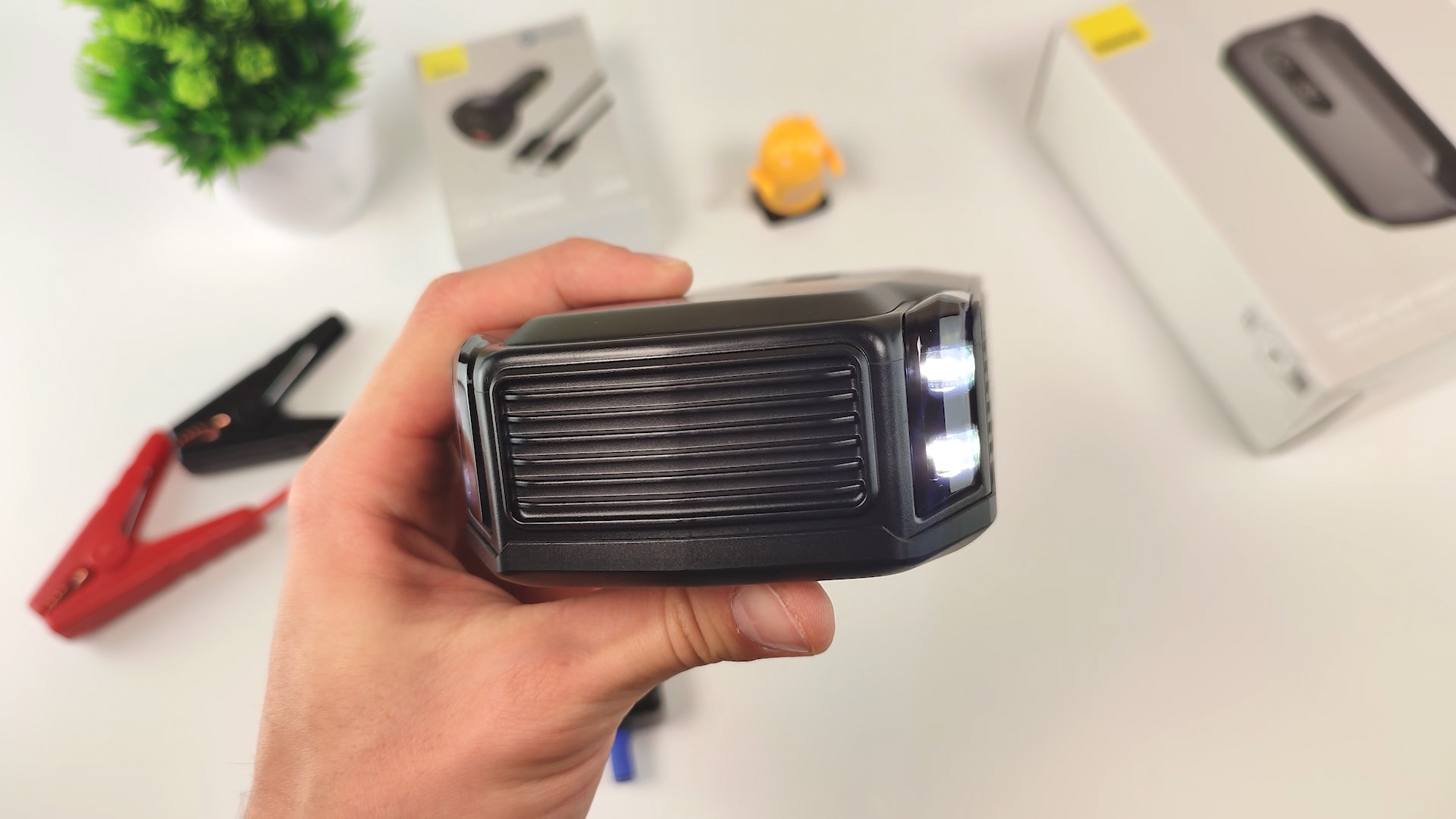 There is a small display on the front panel that shows the remaining charge in percent. 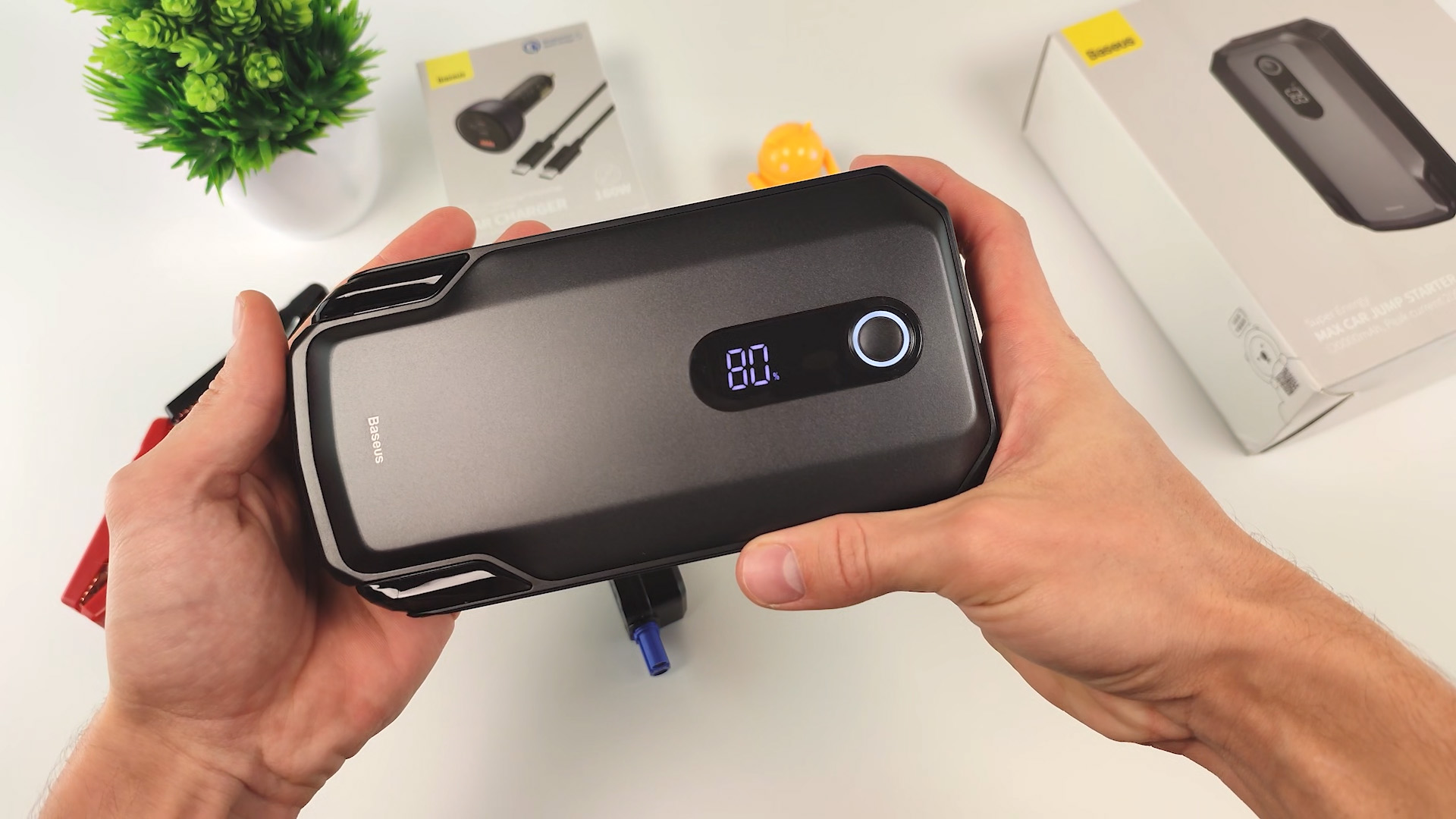 The main difference of this model is a huge starting current up to 2000 A, of course this is the peak value, but nevertheless it hurts a lot, because the average car battery has a starting current parameter of no higher than 600 A, and here it turns out that there is a possibility start a larger animal with a gasoline engine up to 8 liters. There are as many as 3 USB ports on the case for charging, including 1 central one with Quick charge, it can also be used as a Power Bank, although this is not its main function. 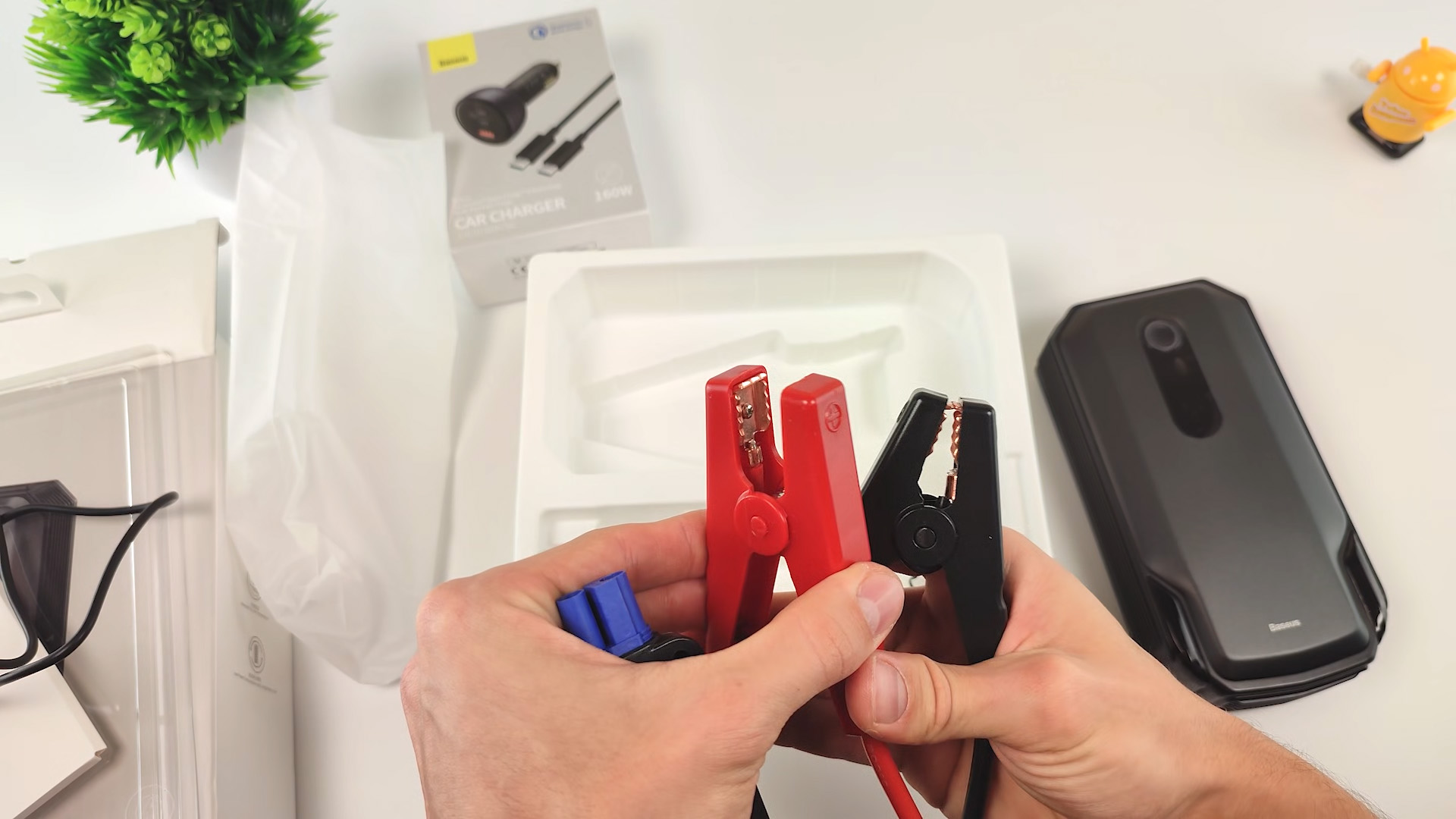 The crocodiles are made very well, thick metal and a rather tight spring for good contact, and of course a thick and high-quality cable. Also, his crocodiles received a “smart” control unit that starts flashing when connected and shows the jump starter is ready for work. 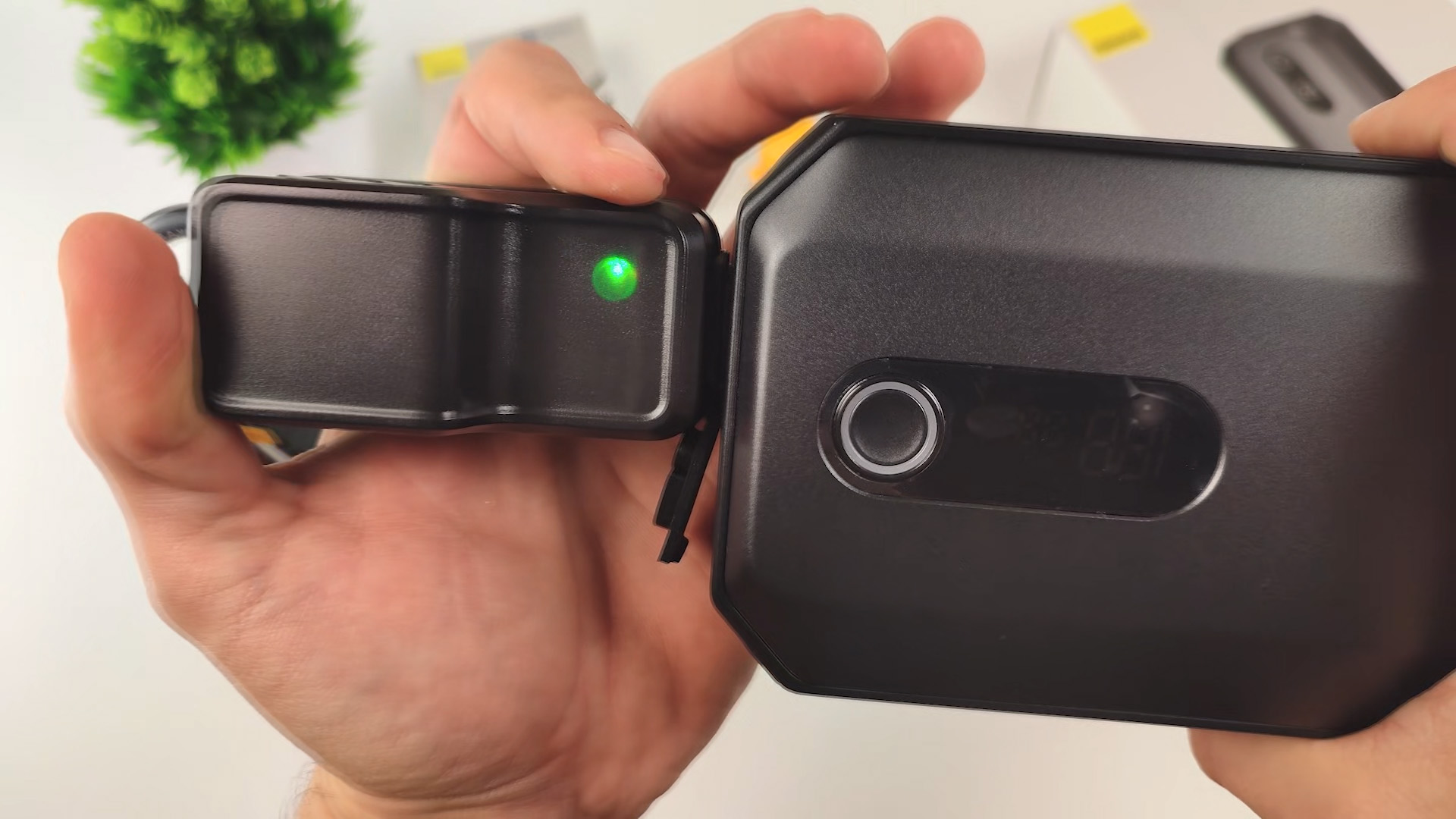 It is connected to a special connector under the plug. On the video you can see him in action, he started the car with half a turn.

Summing up, I want to say that Baseus makes really cool and useful devices for car enthusiasts. With them, you can avoid many unpleasant situations or quickly help your comrades along the way. Whether to buy the most powerful Baseus jump starter option depends on your capabilities and the size of your engine, but it’s better to take it with a margin so that later do not regret.

As for the charger, it is perfect for owners of modern laptops with the ability to charge from USB Type-C, and the quality of workmanship is at the highest level, also you can take with a margin for the future, although the price for a charger is pretty steep.