Review of Xiaomi Redmi 9. What is wrong with it?

Today, on our review, Xiaomi Redmi 9 is the best budget employee of 2020, the TOP for your money and in general … Although wait a minute, the fact that the Redmi line is an excellent choice with a modest budget for a smartphone is known to every dog ​​in the alley. And I’m here to tell you what is “wrong” in it, so to speak, to highlight weaknesses and shortcomings so that you can make an informed decision if you suddenly decide to upgrade your main mobile gadget in mid-2020.

Redmi 9 I bought with my own money, so no ads, just my impressions and real results after testing. Let’s go! 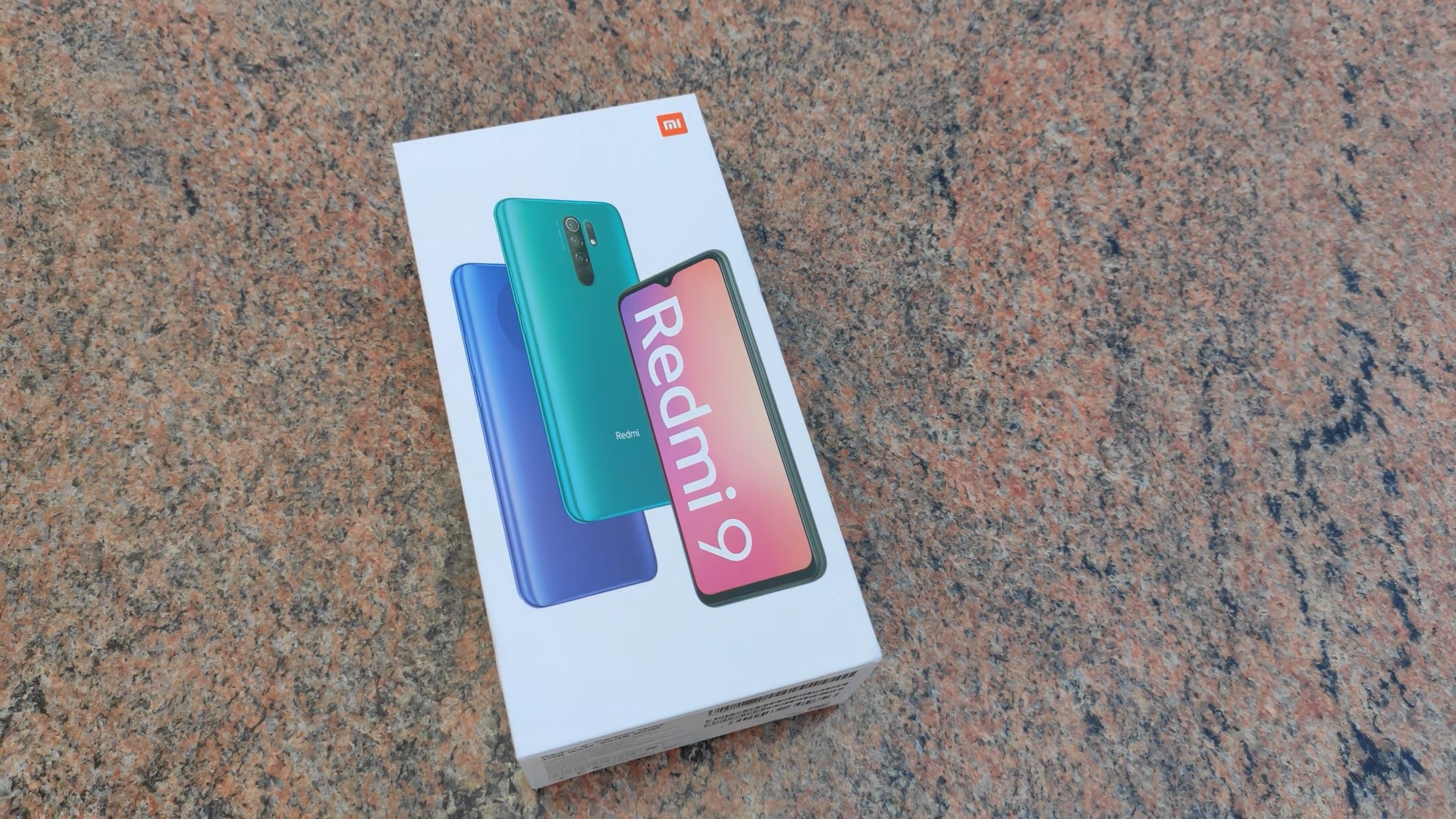 First of all, such a smartphone is taken not to conquer heights, but for comfortable use. Therefore, the basic kit contains everything you need for a “Quick Start”. The box contains:

The design has been slightly changed compared to the previous model. And in my opinion very well. The back cover received a corrugated matte surface with a pleasant texture. And the rear camera unit was combined with a fingerprint scanner, like Redmi Note 8 Pro. 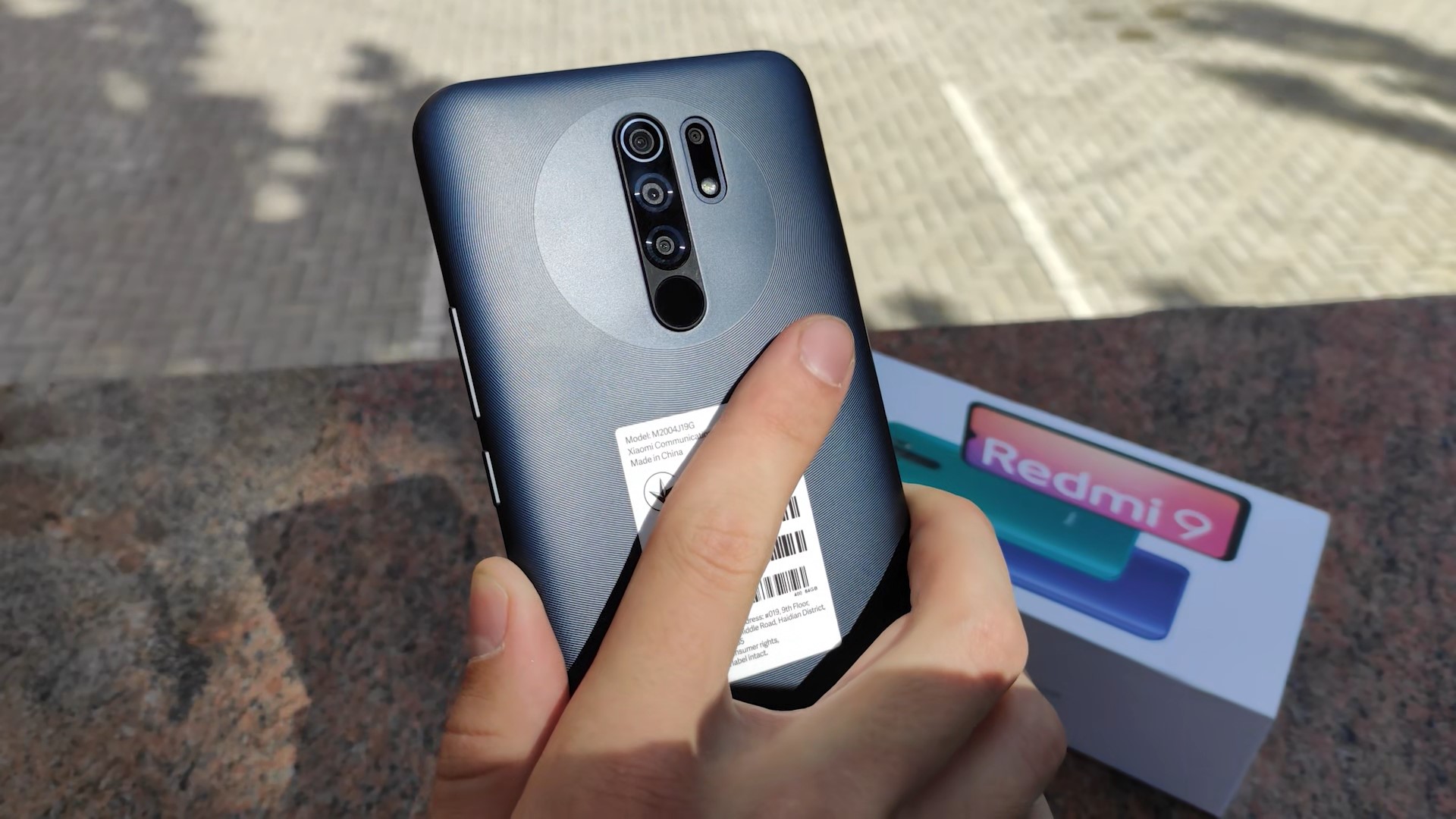 The dimensions of the smartphone have also grown, a little, of course, by a couple of millimeters here and there, but every time it becomes more and more noticeable for the “poor” pockets of our pants. Fortunately, the display diagonal has grown much more and reached 83% of the screen area against 81 in the previous model. Frames have become noticeably smaller and much nicer. 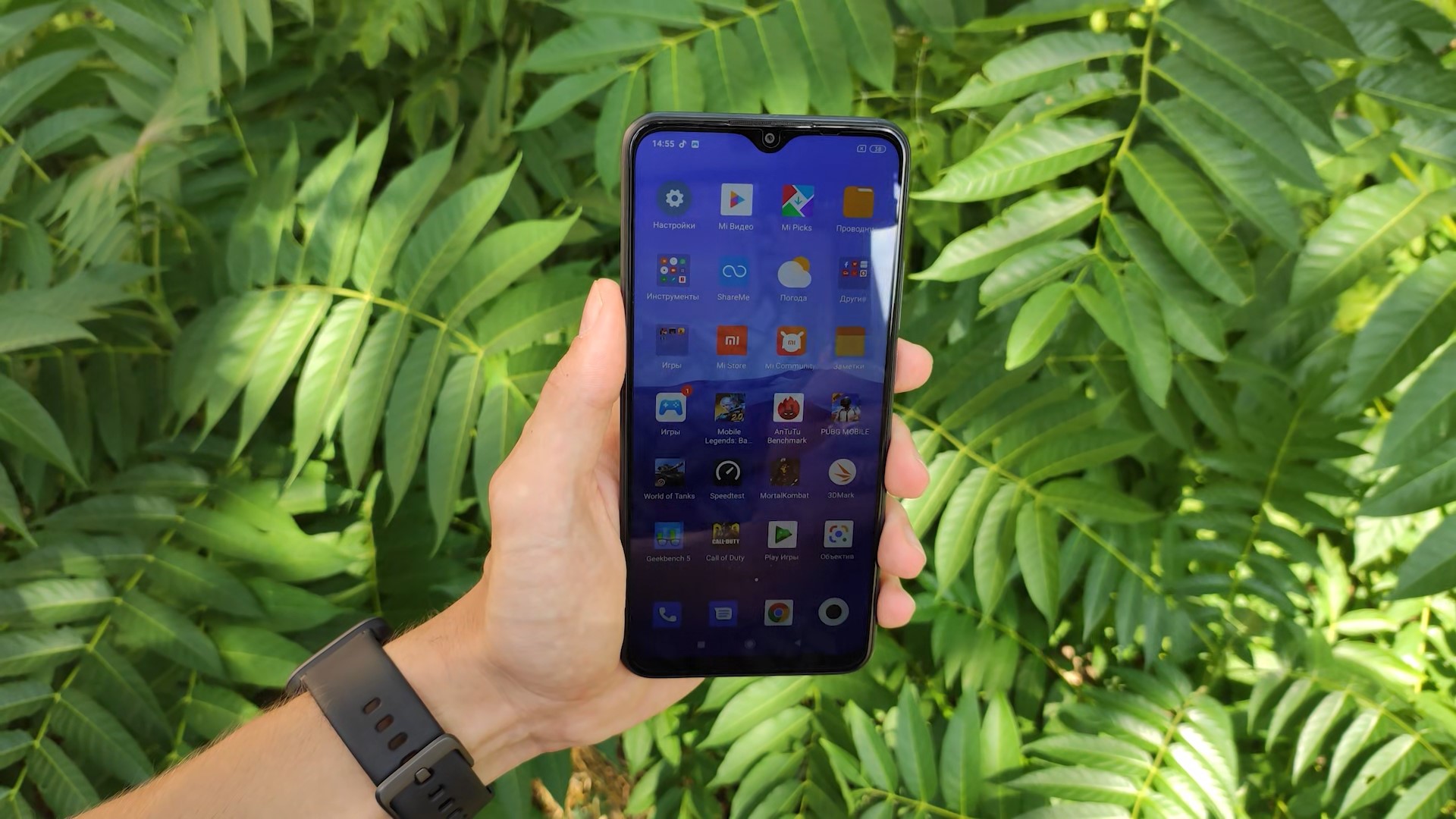 The screen itself was also set for the first time with a diagonal of 6.53 ”with FullHD resolution. This is a very significant change, previously Redmi models always got by with an HD screen. This became possible thanks to a more powerful processor in the budget segment and the general market trend. 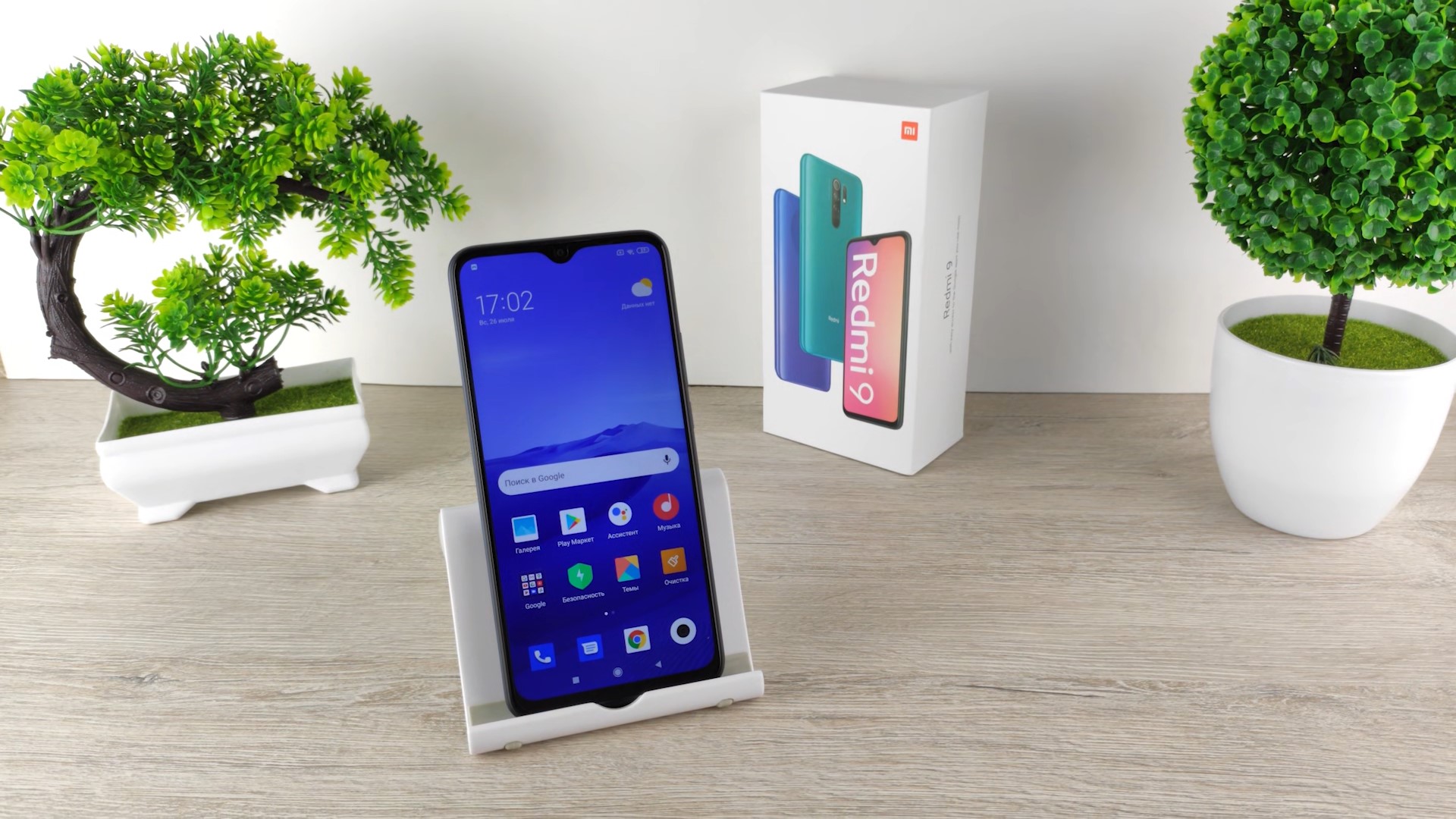 And although on paper the screen was set like that of the older model Redmi Note 9, in practice it is much inferior in brightness and color gamut. In the sun, the brightness is categorically not enough, to set up the camera correctly so that the screen can be clearly seen did not work. 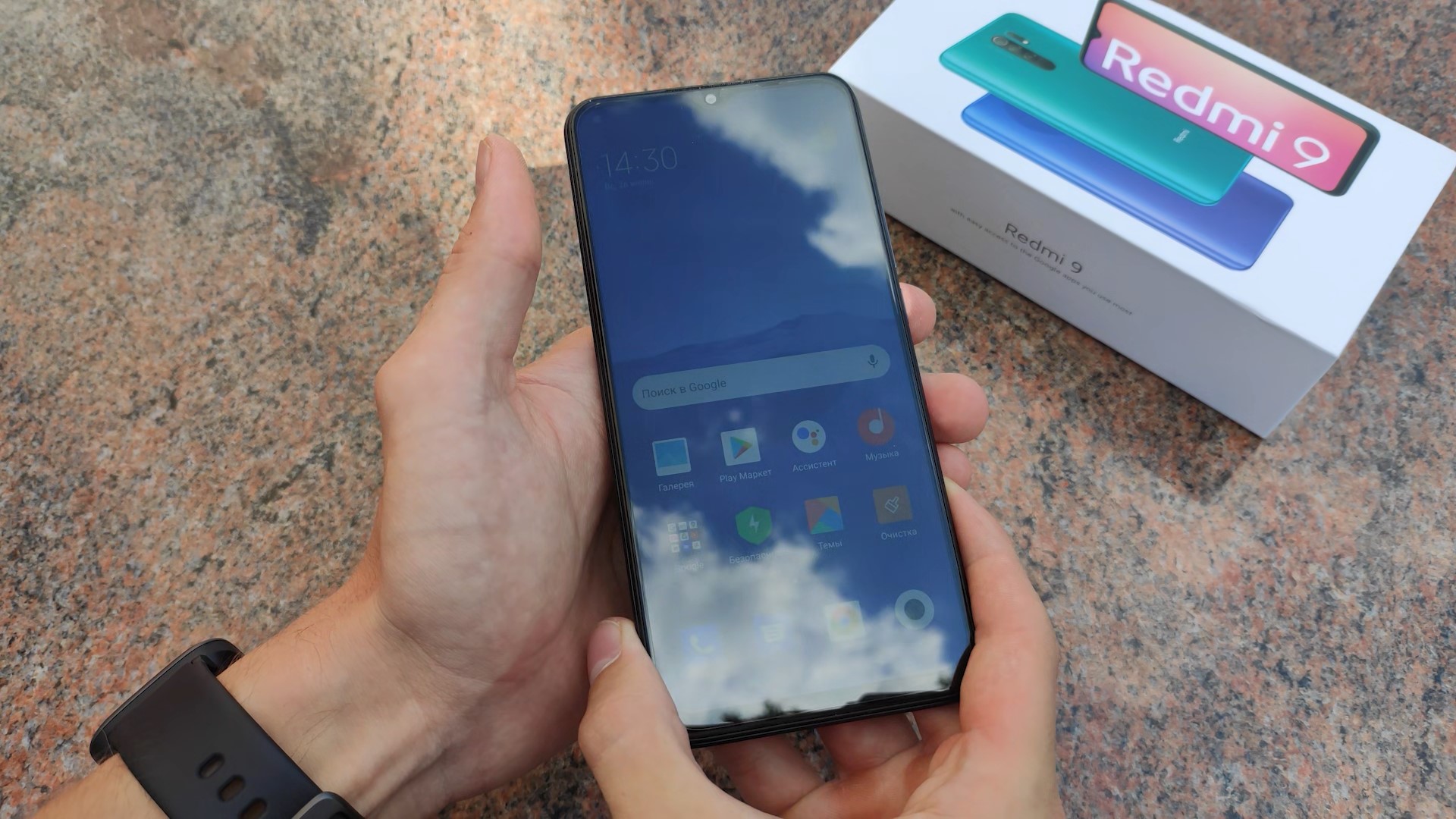 Of course, the eye distinguishes images much better, but still it is worth considering if you live in southern latitudes, where there is a lot of sun. Otherwise, the screen looks good, has standard IPS wide viewing angles and good color reproduction.

The sound here is also in full order, I have no complaints. Quite loud and clear speaker. Listen for yourself in our Redmi 9 review. 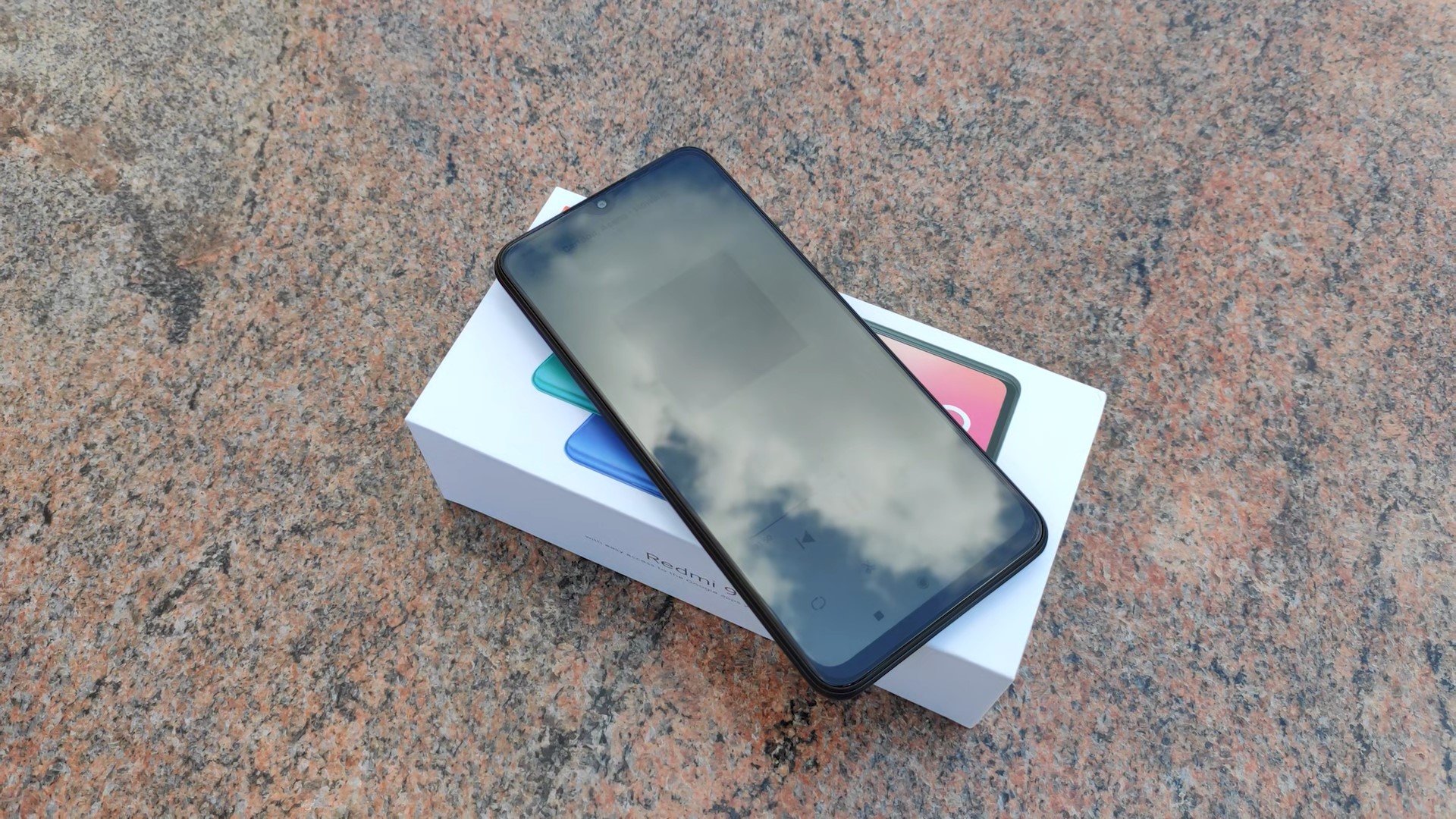 Let’s talk a little about the filling. There is a brand new eight-core processor Helio G80, which shows simply phenomenal results in the budget segment. The performance is even higher than Redmi Note 8 with Snapdragon 665. 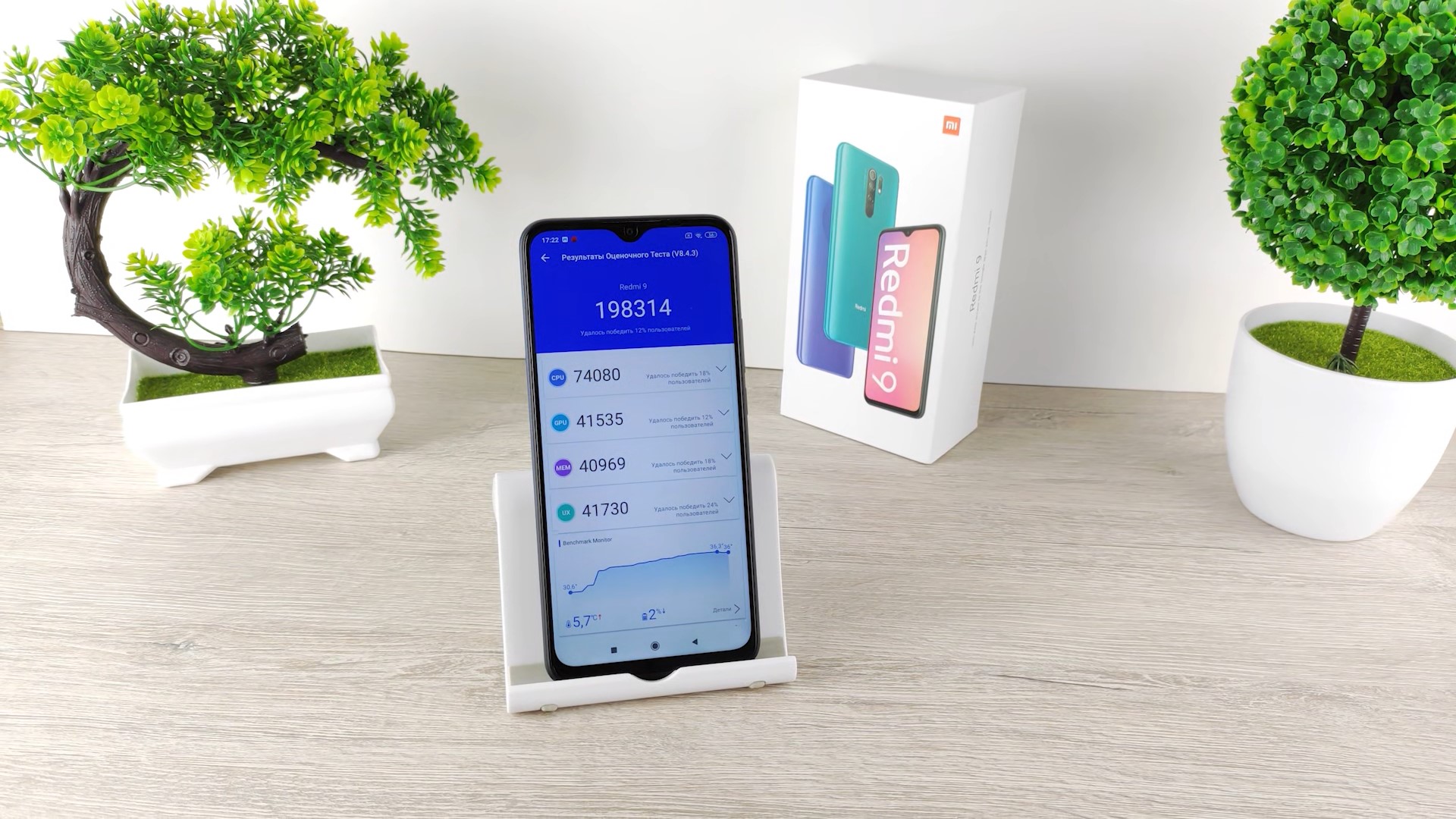 Helio G80 scores about 200 thousand points in Antutu, which is very decent for a ~$130 smartphone. There is absolutely no point in taking the 3/32 version, since the price difference is very small. Therefore, I took the most current modification with 4 GB of LPDDR4X RAM and 64 GB of eMMC 5.1 internal memory. You can also easily expand the memory using a memory card, because there is a separate slot for it and 2 SIM cards. Video chip – ARM Mali-G52. 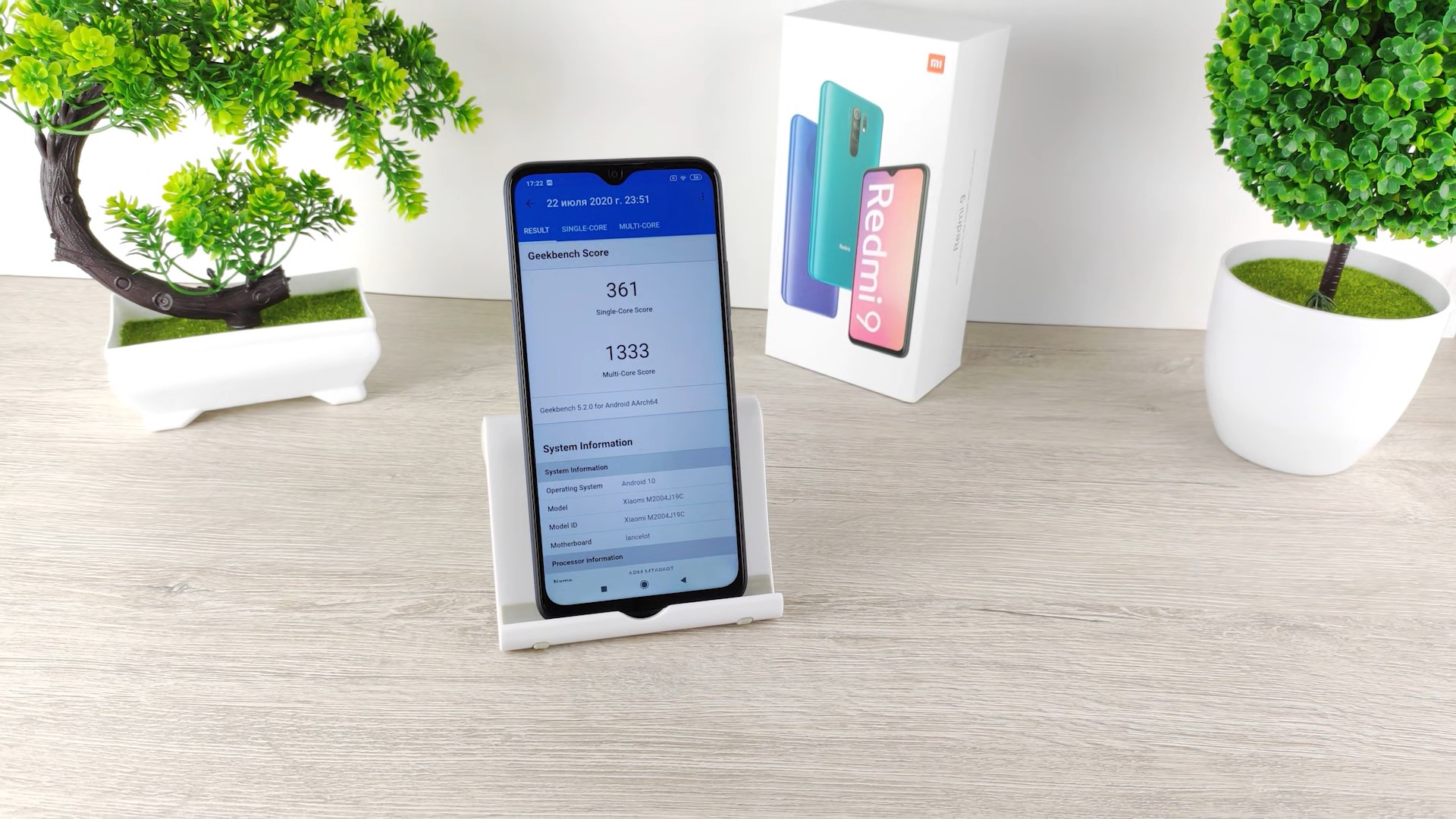 Now what is closer to the people – games! Who needs all this performance if the game does not pull? Or pull? Let’s check. I raced Redmi 9 in the most popular toys, so that I could evaluate the level of smoothness and heating.

Let’s start with the most difficult one – WoT Blitz. The most unoptimized game for Mediatek processors. Here, at high settings, the first minutes of the battle are not bad, the tank rolls, the gun shoots. But it takes a little time and things change for the worse. There are slowdowns, microfreezes and FPS drops to 15. Optimization and high screen resolution played a role here. You can lower the settings, but for the “tankers”, it’s better to choose a gaming smartphone on the “Dragon” for now. 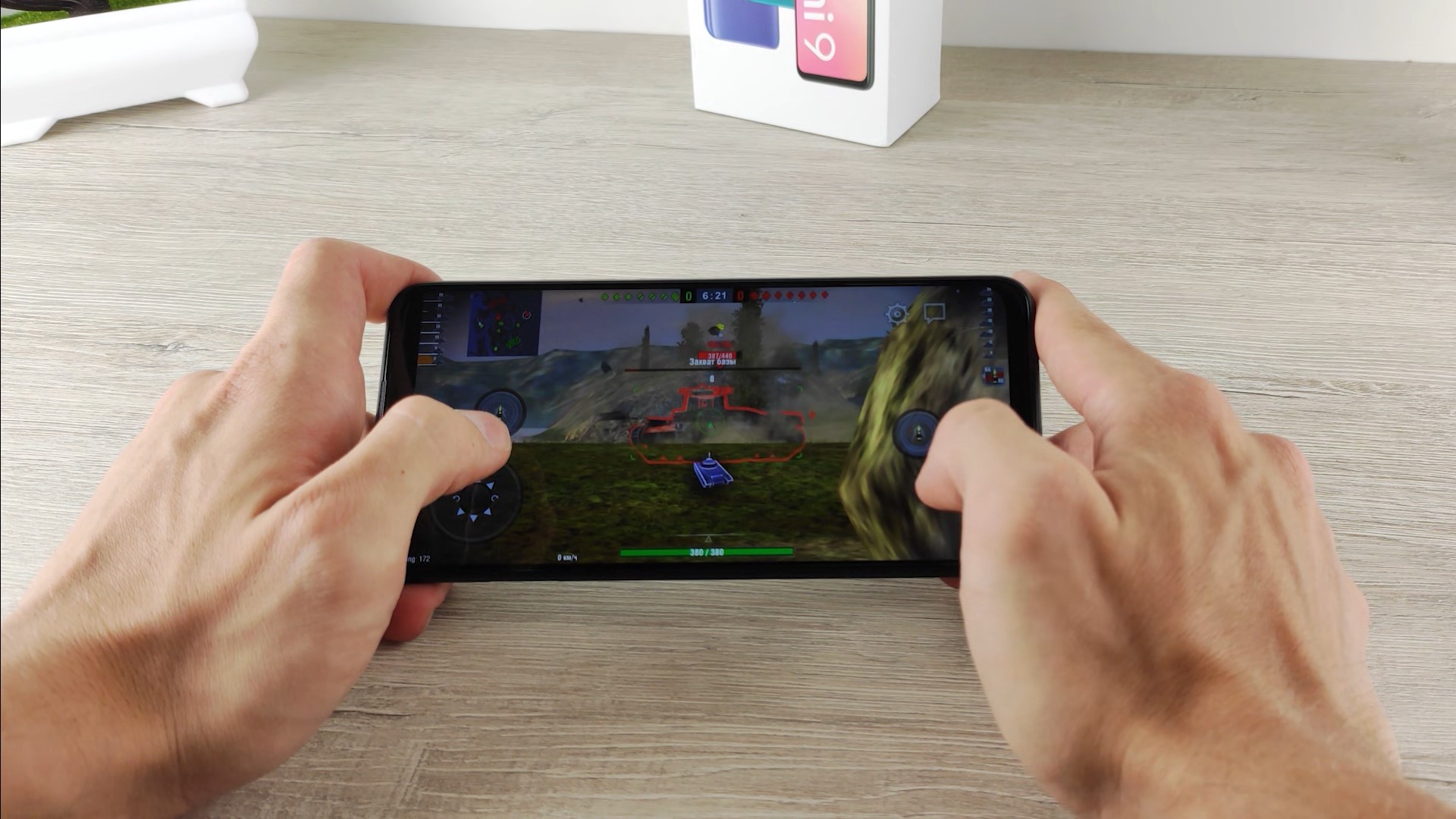 The second game I chose was CoD Mobile – also a popular action game that runs smoothly even on a leaky trough. It is comfortable to play with high settings. The best example of optimizing beautiful graphics on smartphones. 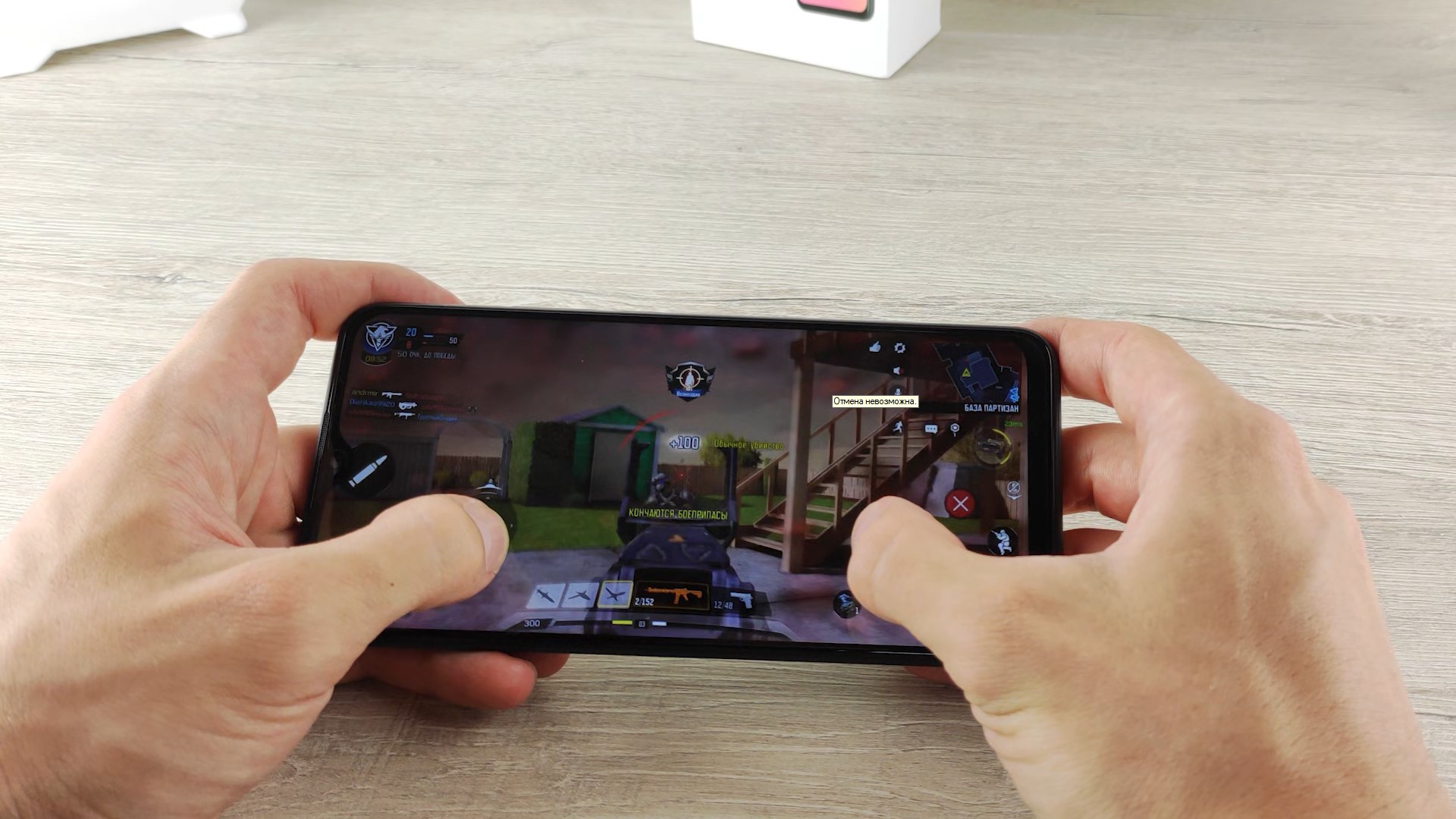 For a change, I put Mortal Kombat, a legendary toy after all. Here the scenes are small and there is simply nothing to slow down, although the graphics are at a quite decent level. 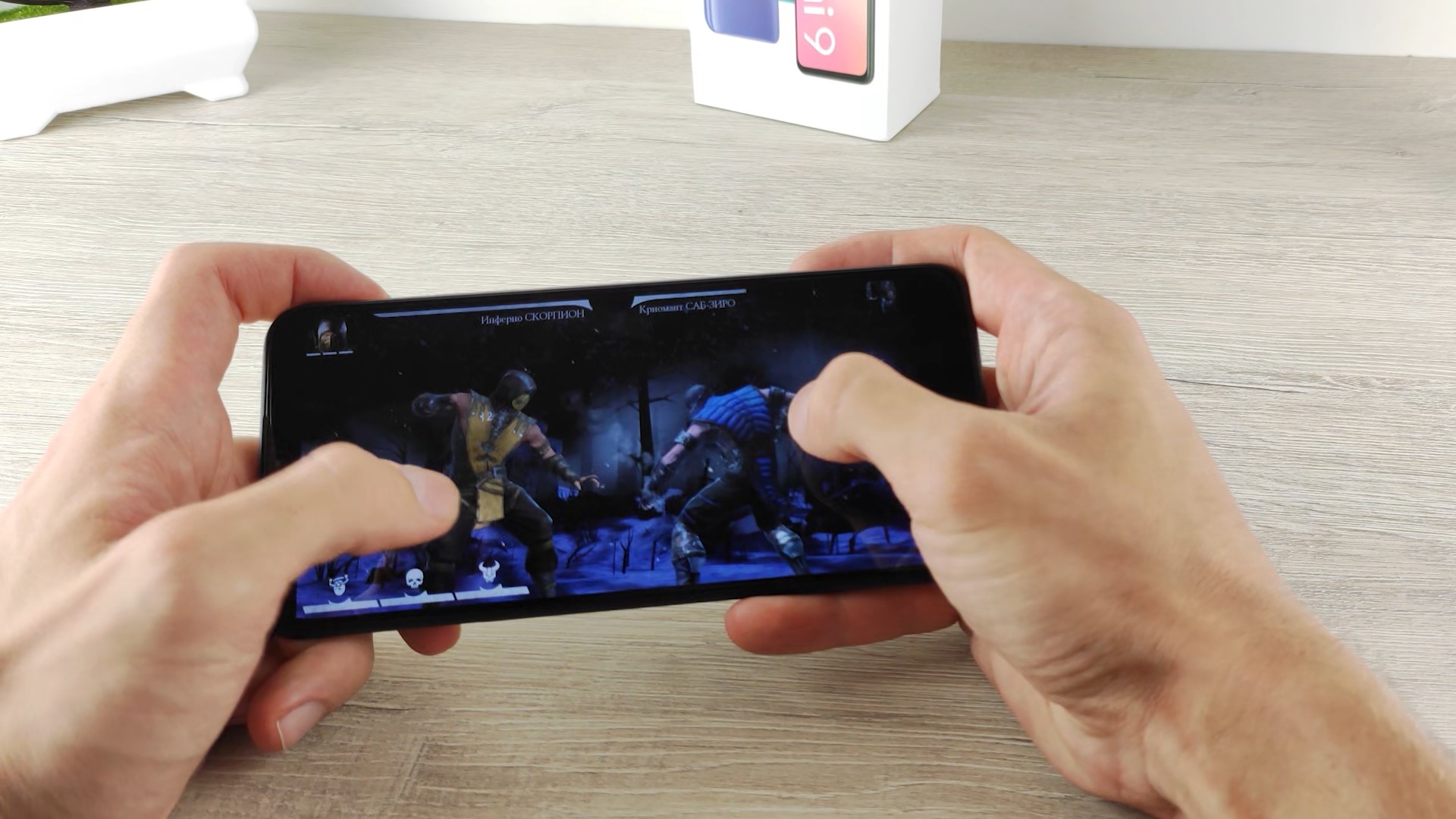 Well, where without PUBG, I don’t play it myself, but the game is popular, I need to check it. We set the graphics to the “High” level and get 35-36 FPS in a non-hot moment. Returned back to the balance with 40-42 FPS. I did not notice any drawdowns during the skirmishes, it was played smoothly. 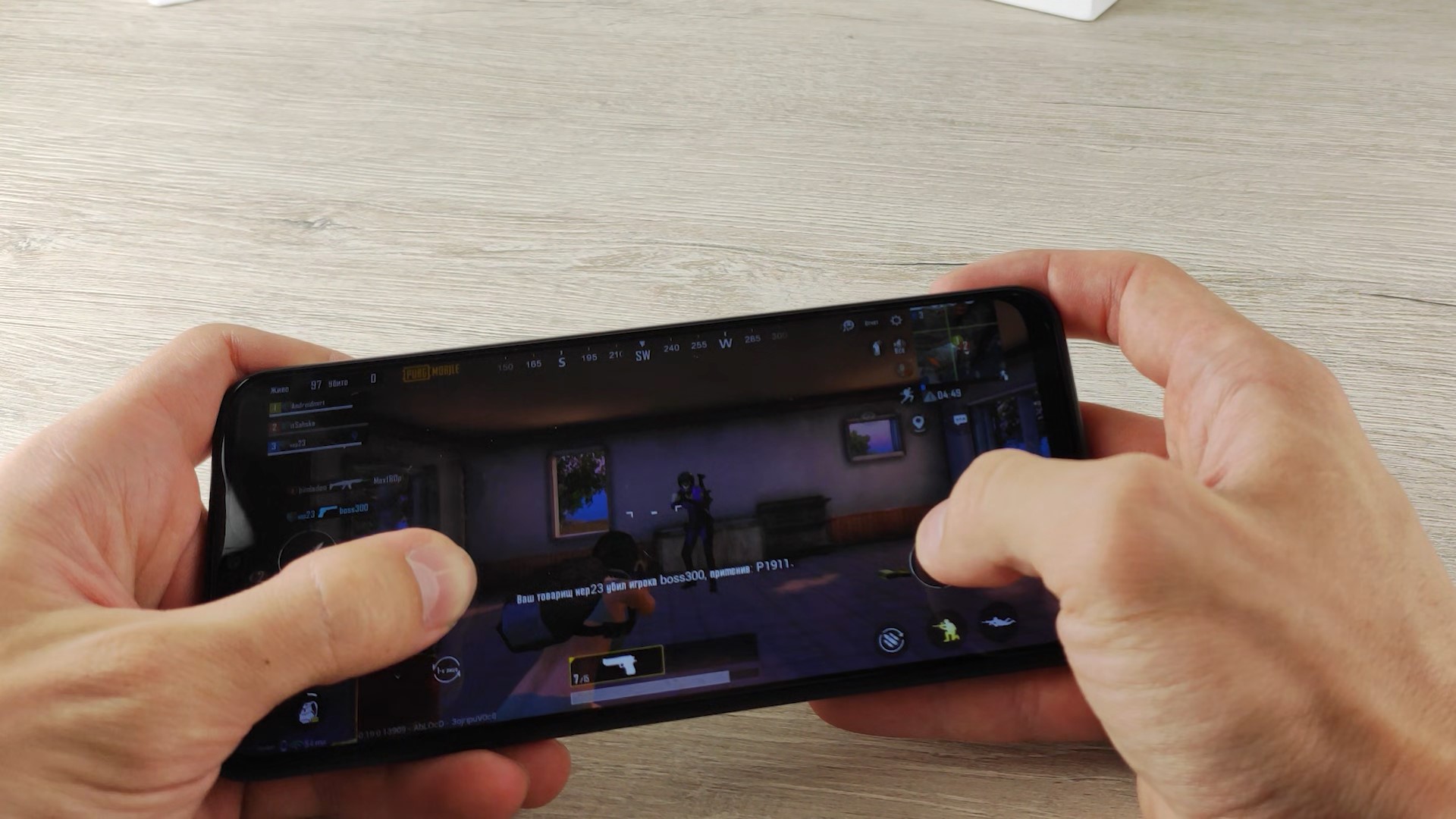 My favorite is Mobile Legends, not the most graphically loaded game, but very critical in terms of response time and ping. Ultra settings are not yet available, but on high everything is beautiful and flies. The game is really very smooth, without jerks. You just enjoy the process, especially knowing that you are playing on a budget smartphone. 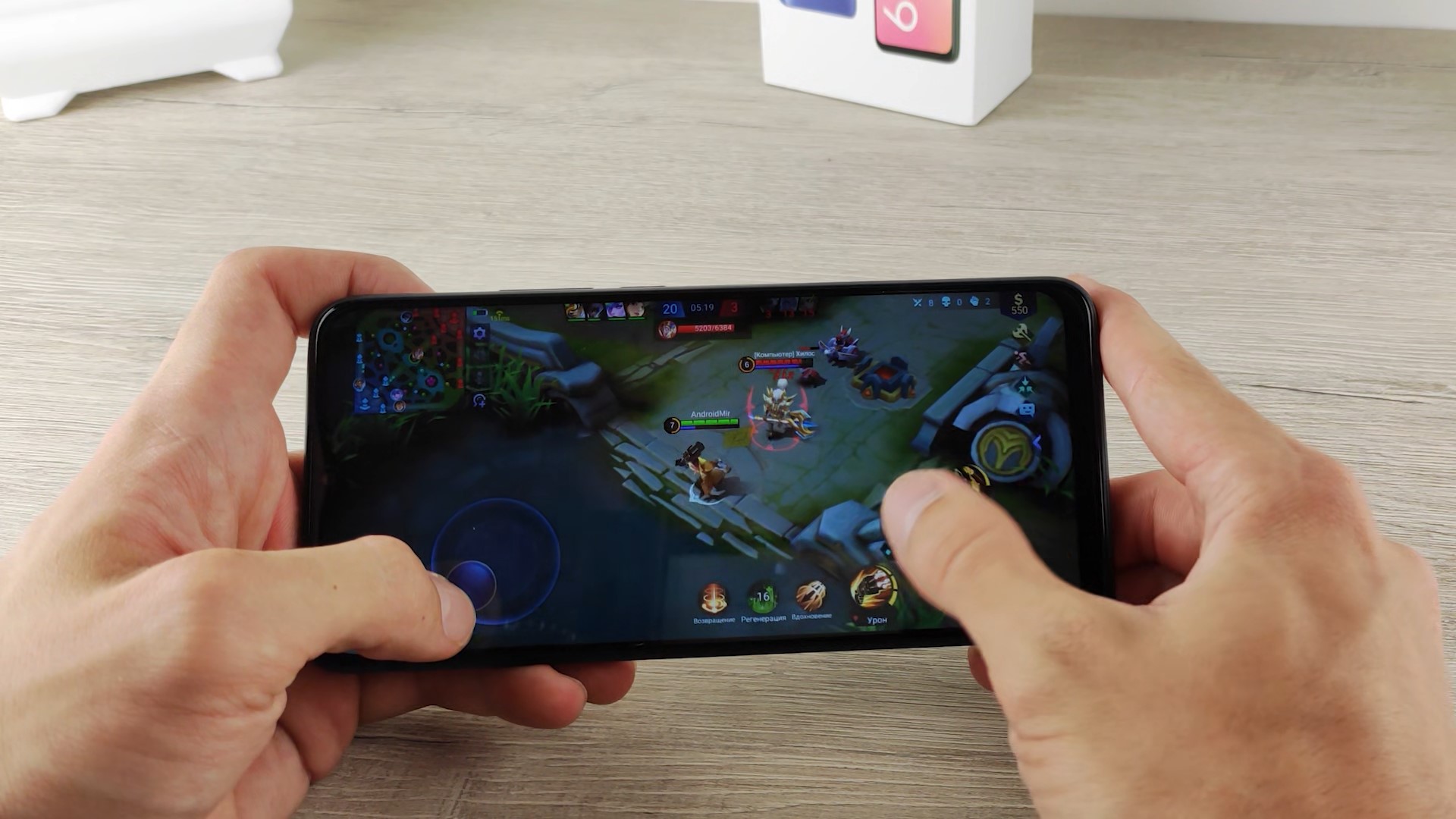 A small summary of the gaming experience. The increase in performance has definitely benefited, but the increased screen resolution from HD to FullHD for the most part leveled the upgrade. It is also worth considering that the processor and smartphone are completely new and updates will come that can positively affect some moments with the optimization of animations and games. 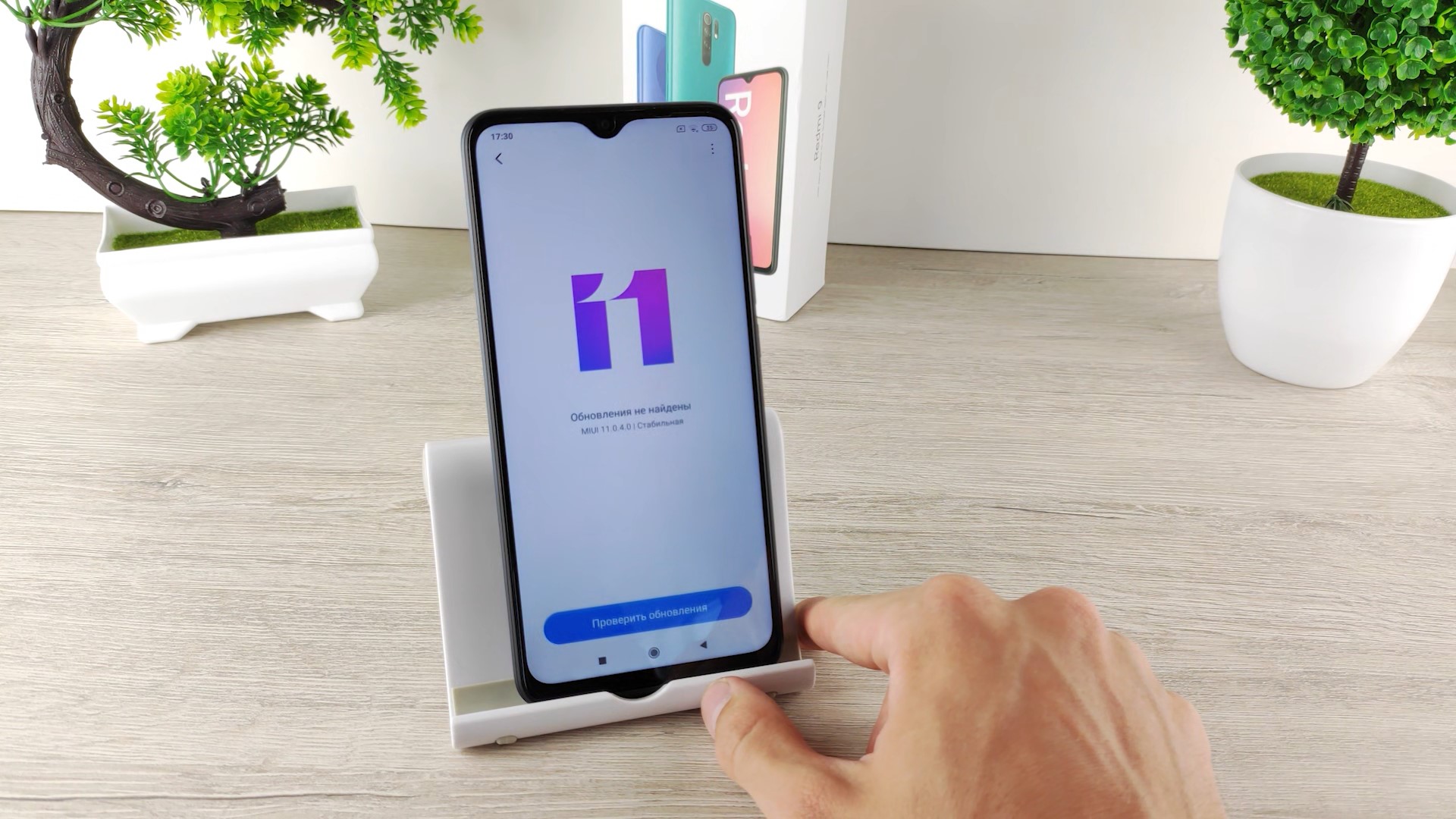 For normal use and multitasking, the power of iron is also enough. Applications open quickly and do not unload from memory for a sufficient time. And the interface itself works very smoothly. 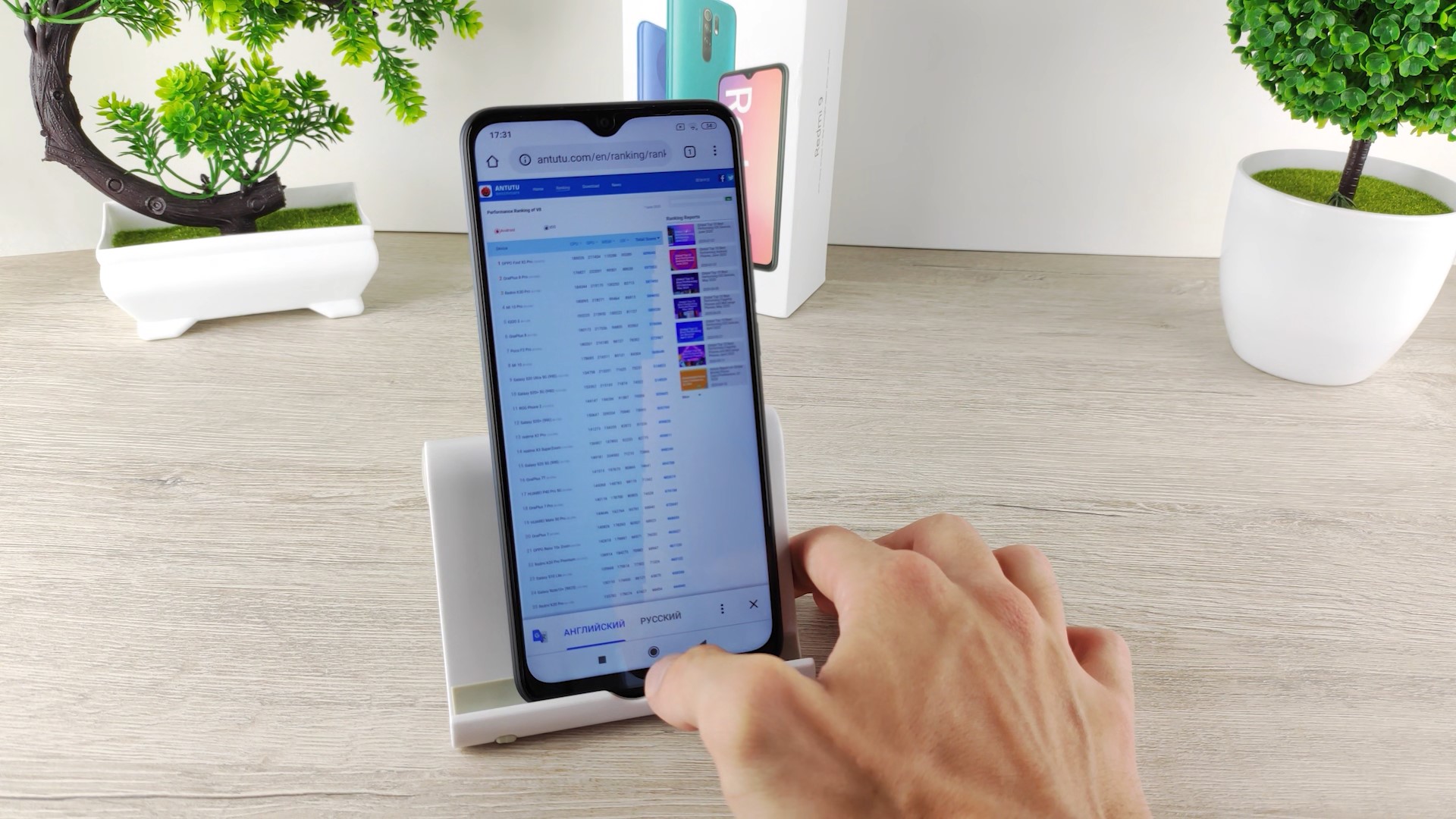 Autonomy is one of the most attractive aspects of budget Redmi and it is growing from year to year. Now it has reached the level that it doesn’t really matter how many mAh there are in the battery, and there are as many as 5000 of them. Anyway, a smartphone in any scenario will last at least a day, and up to a maximum of a week, if you rarely use it. I personally had enough for 2 full days during the tests, a few games and normal use. 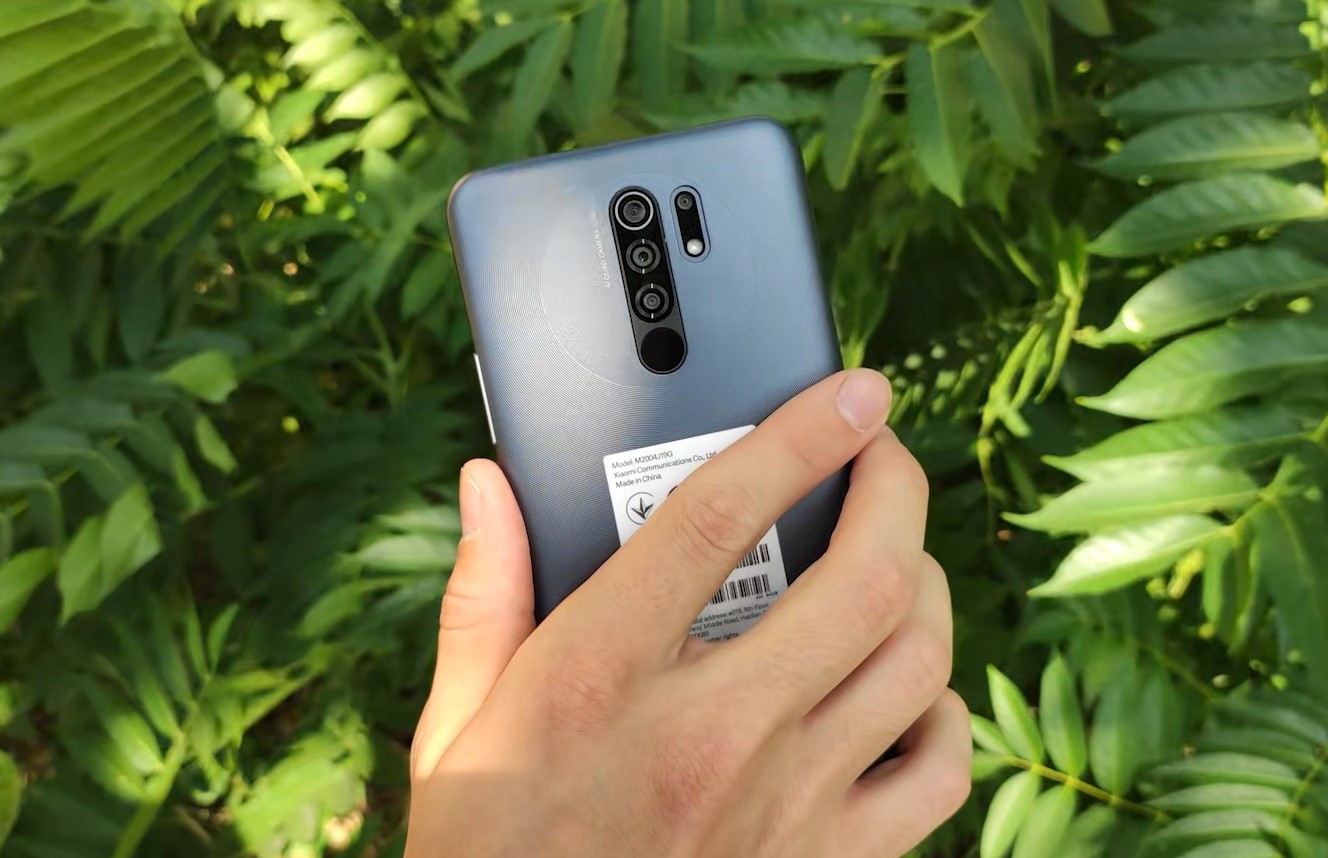 I would like to talk about cameras, given that there are as many as 5 of them stuffed here, 4 of which are on the back. You can actually use 2 (3). The main camera is 13 MP with an aperture of F2.2, which is very modest by the standards of 2020. There is also a wide-angle lens with a resolution of 8 MP and a macro of 5 MP, but still it is better to do macro from the main camera, there is no terrible soap at the edges of the frame. 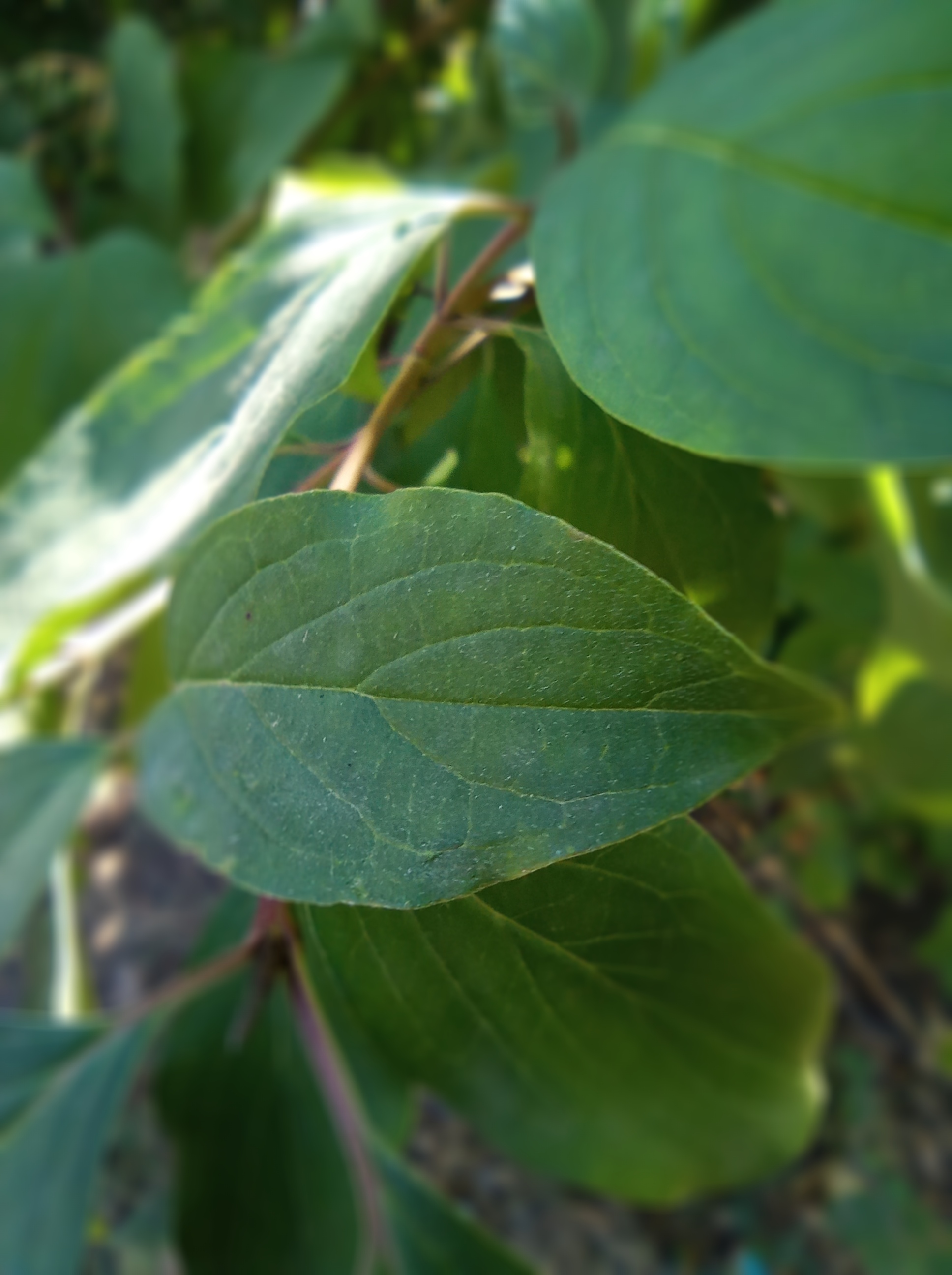 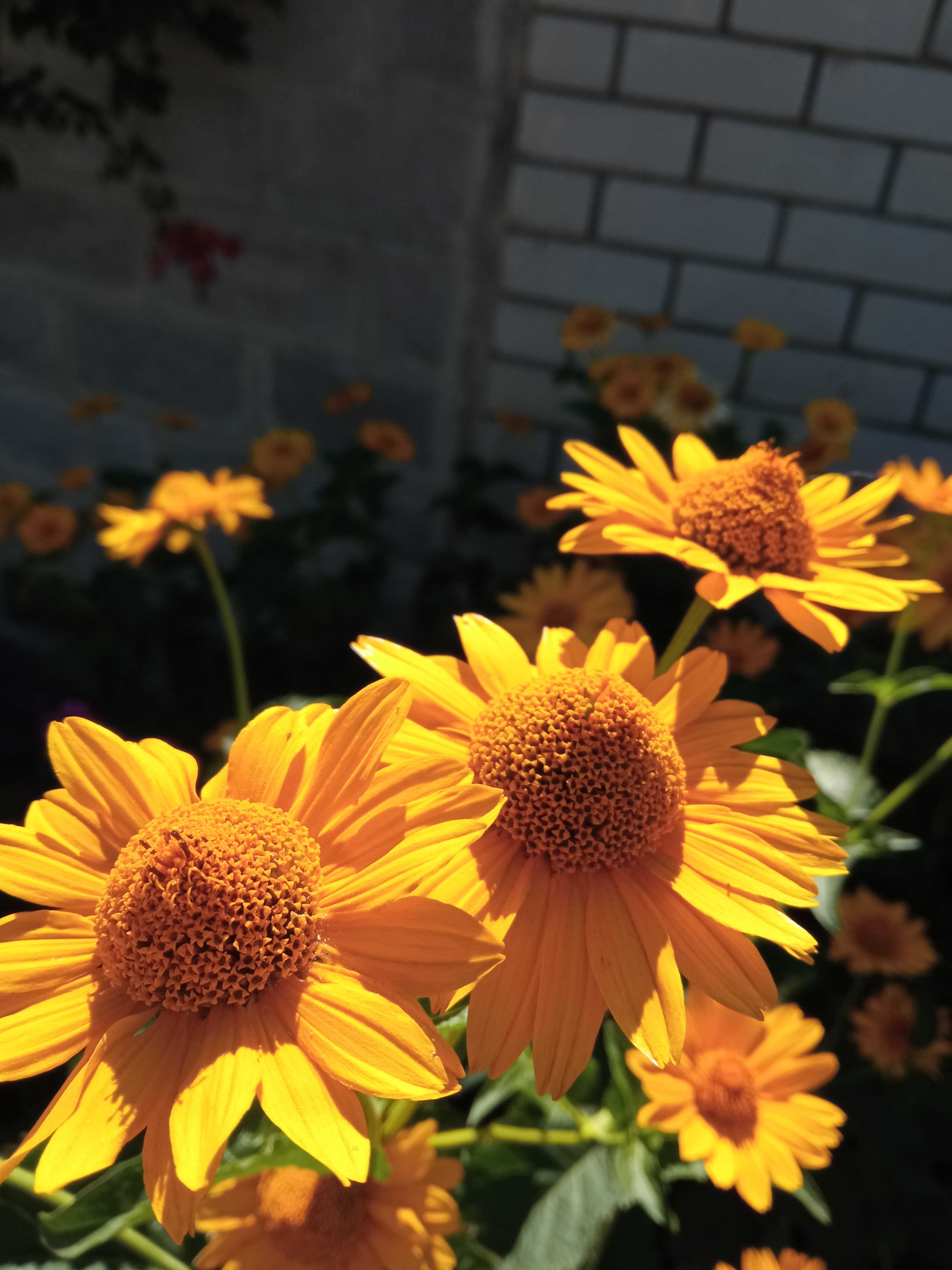 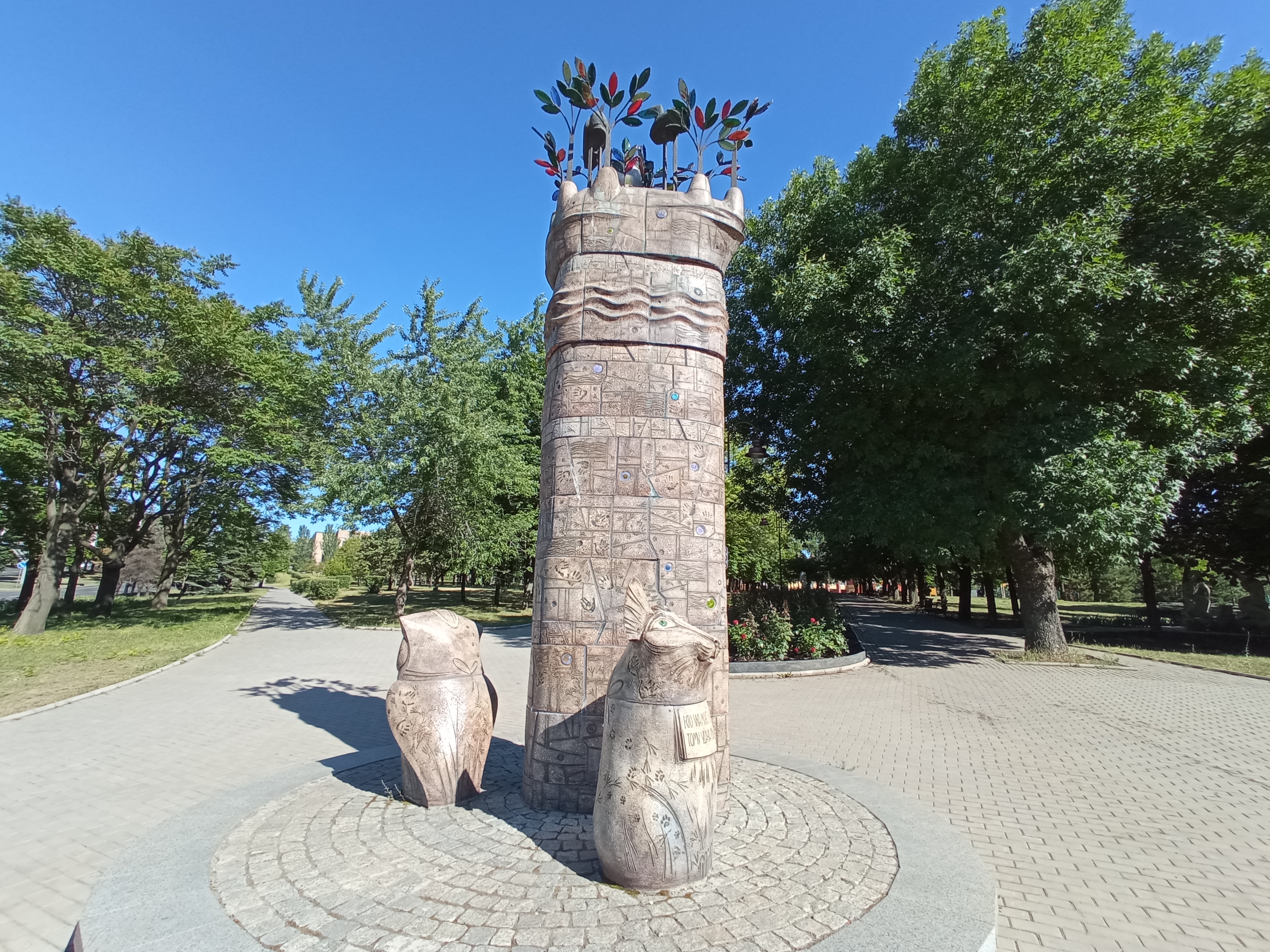 I specifically compared the camera of Redmi 9 with Mi 9 Lite to understand whether a budget employee can even compete with the middle segment at least in ideal conditions (bright sunny weather). It turns out it can, although, of course, it merges in each of the indicators (See the comparison in the video review). But nevertheless, the photos are quite good. One thing is clear, those who want a good camera should look at the Redmi Note 9 series. In fact, the camera is the main difference between these models, at least at first glance. 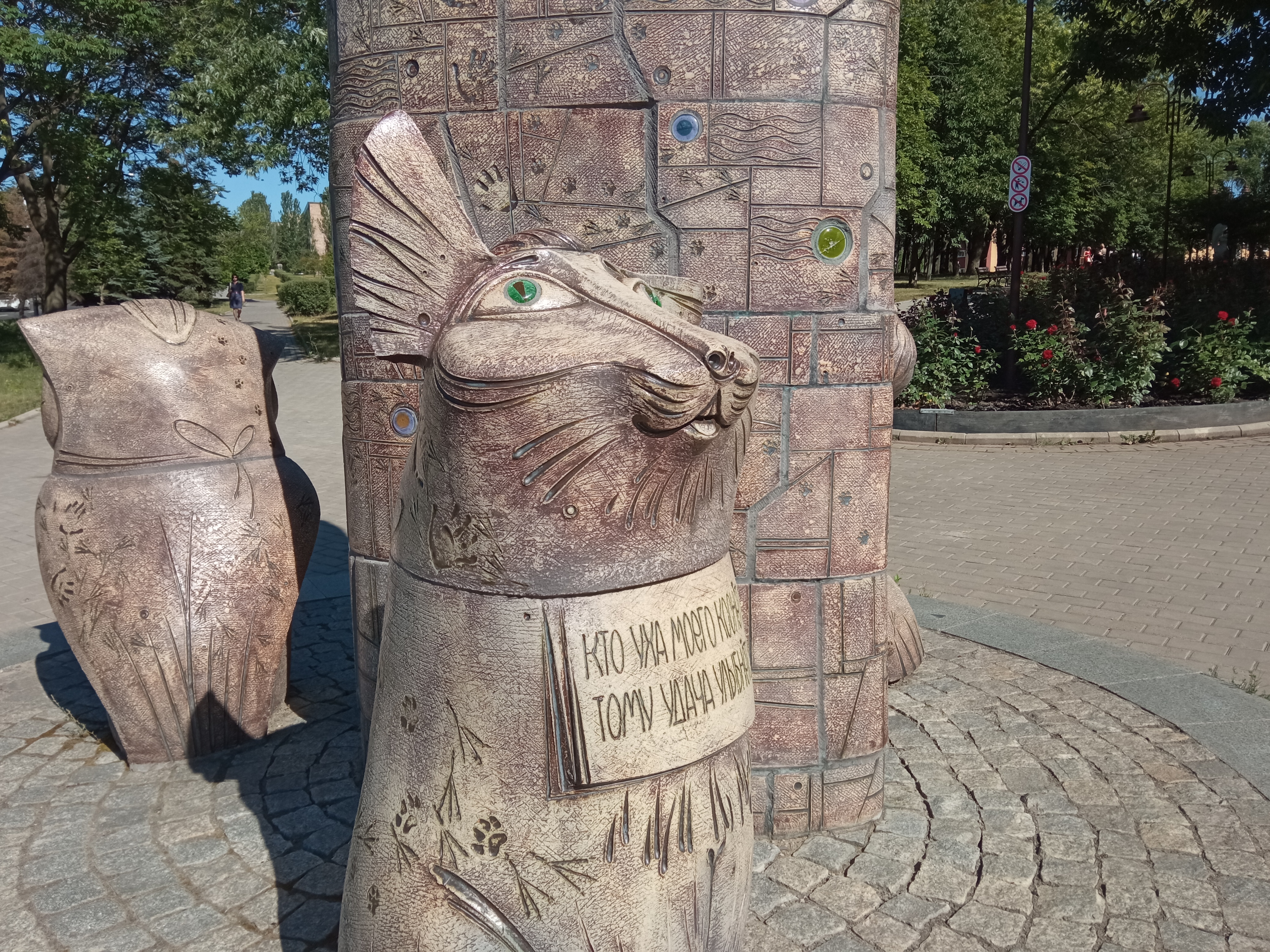 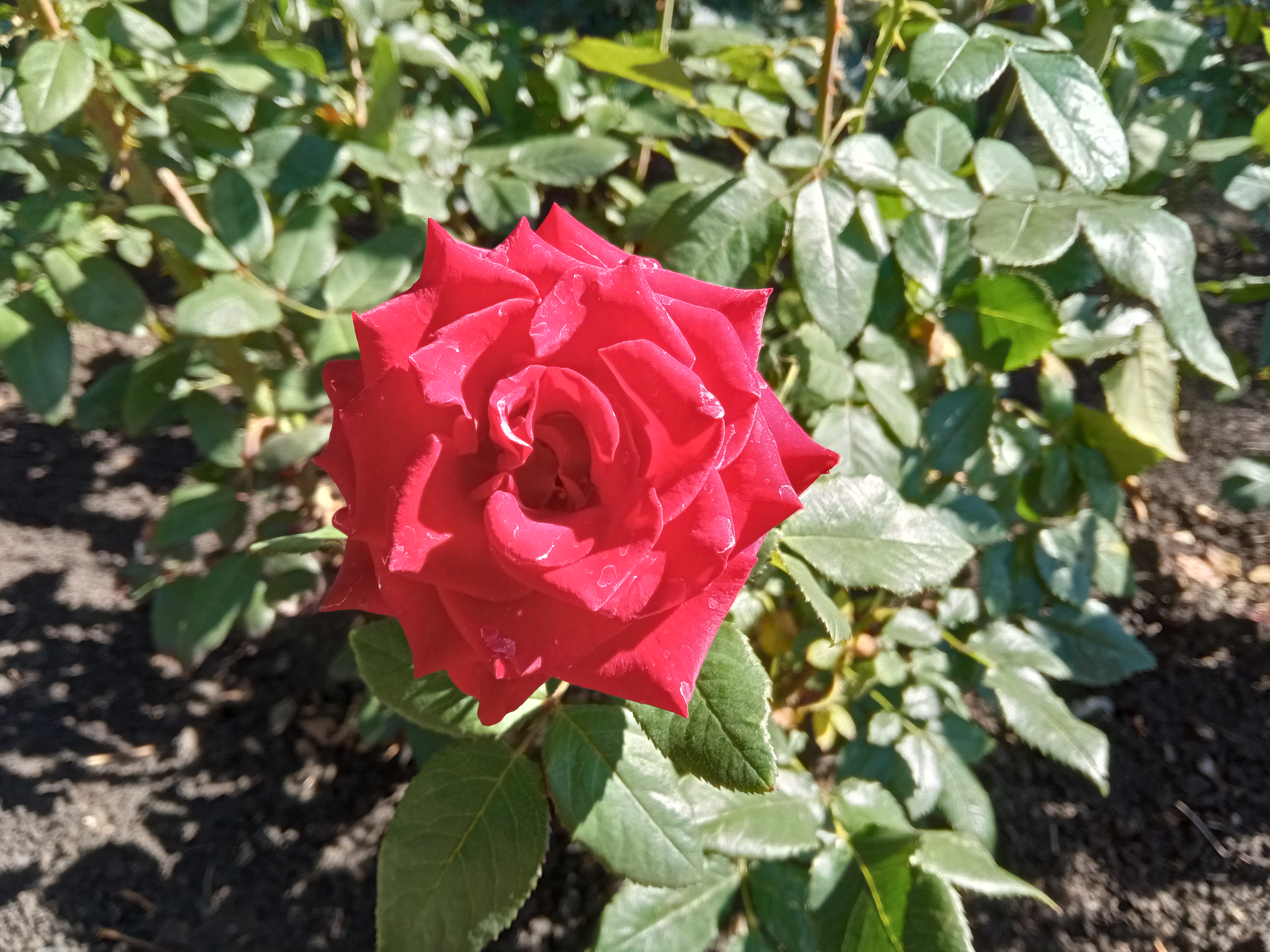 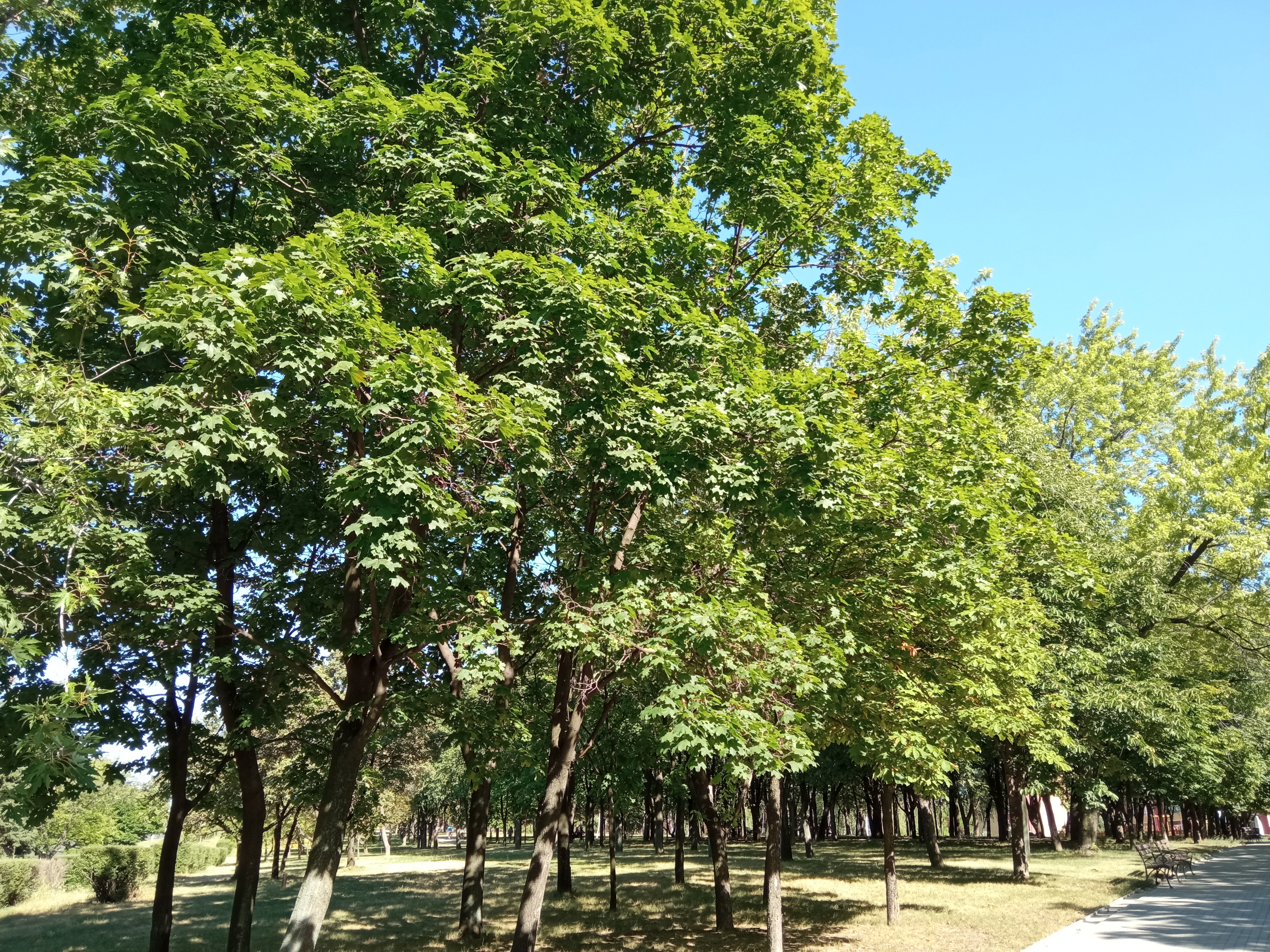 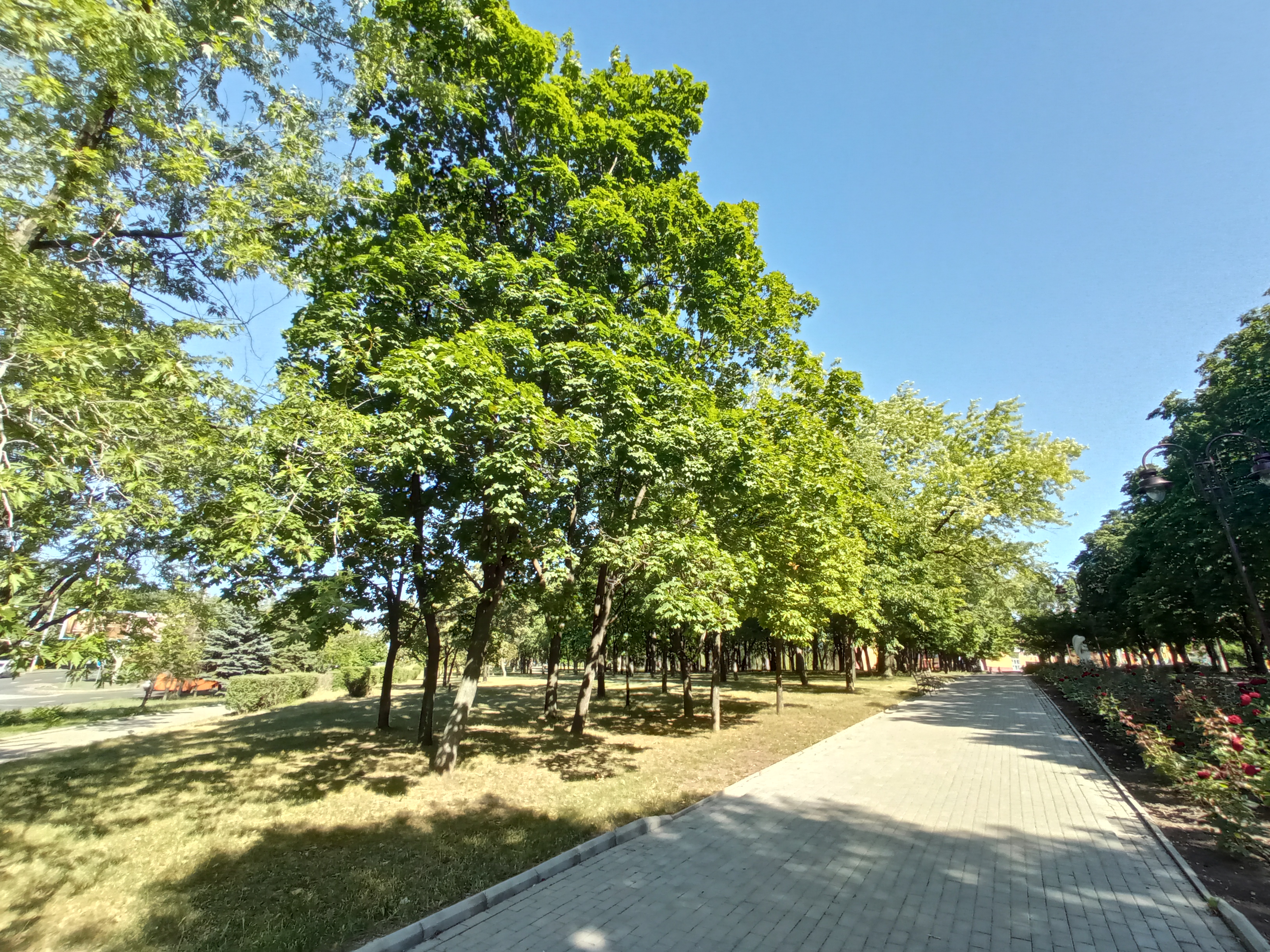 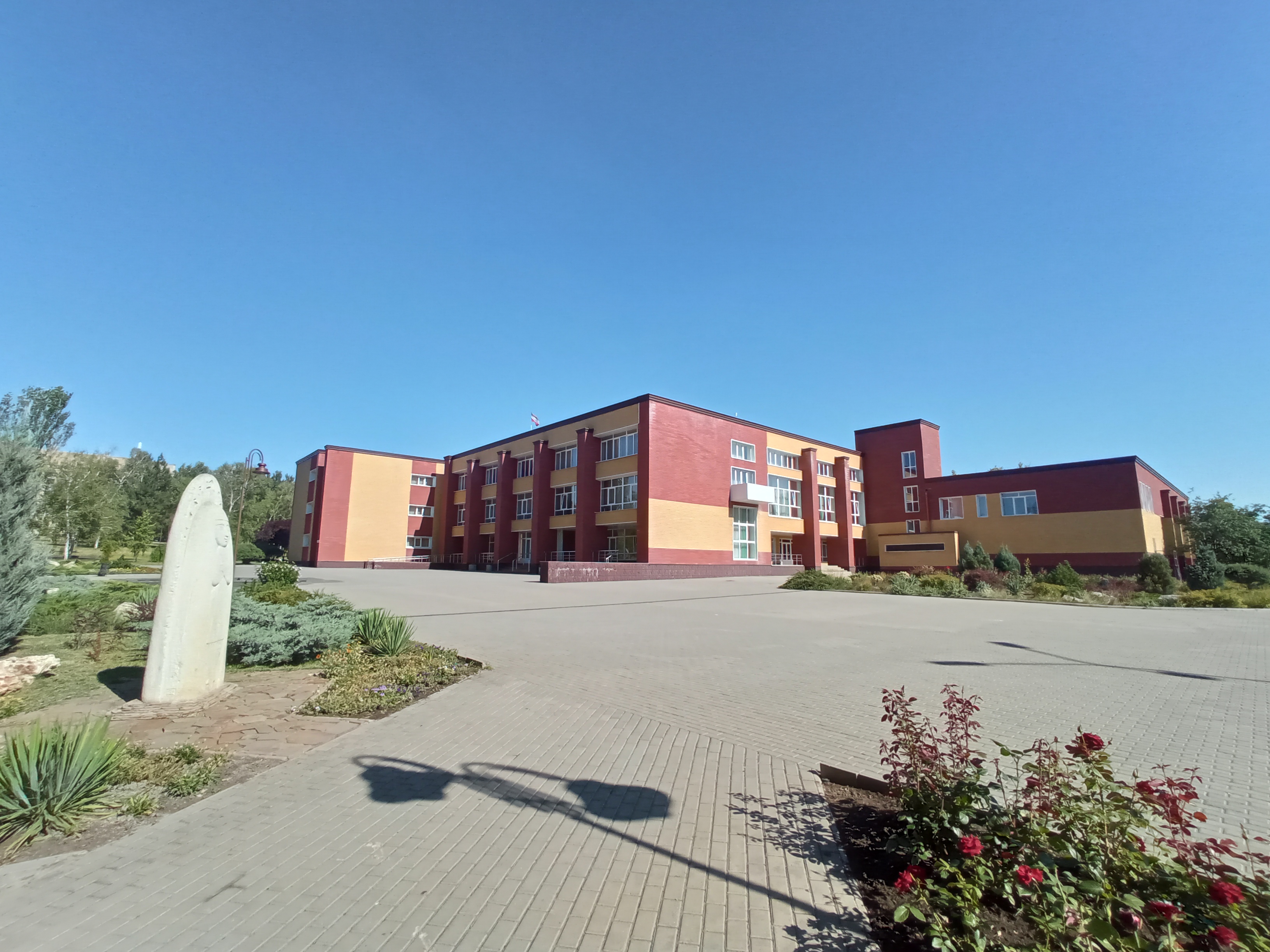 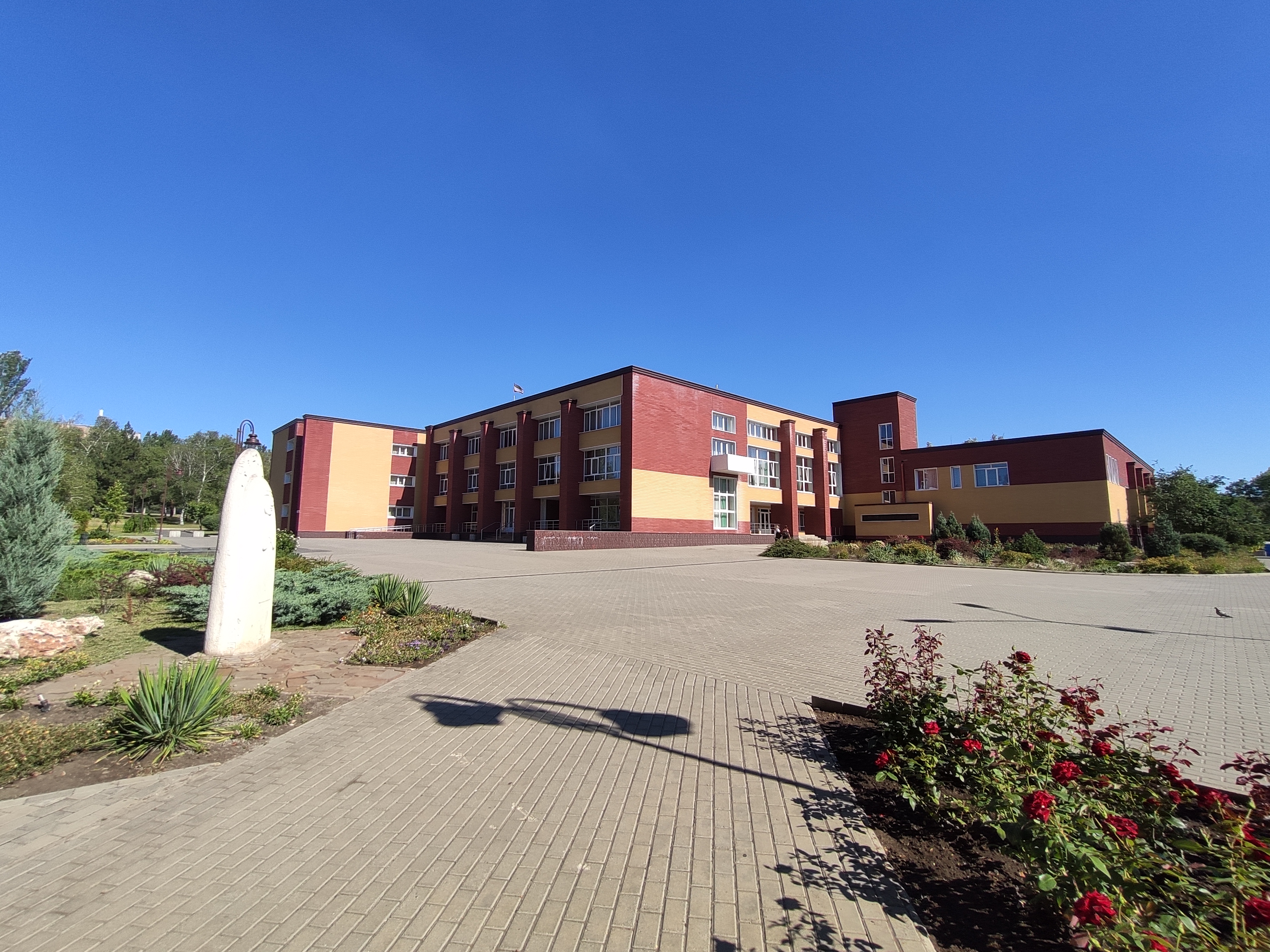 The front camera received the best aperture of F2.05 and a resolution of 8 MP, which allows it to take good selfies.

Let’s summarize. Xiaomi Redmi 9 became a logical continuation of its line, received a powerful processor and an excellent battery in order to reduce the price and somehow sell more expensive Xiaomi models saved a lot. This is especially noticeable on the screen, it clearly lacks maximum brightness.

Otherwise, it turned out to be a balanced state employee from the “People’s” brand and a good MIUI software shell and excellent characteristics. It is perfect for all those who do not suffer much from mobile photography and do not want to pay extra money for a modern smartphone. Buy Xiaomi Redmi 9, you can, like me on Aliexpress.

Personally, I would add a little to buy Redmi Note 9, in the 4/128 version it will cost about $40 more, but you will get a much better camera, a brighter display and a bunch of small differences that make the purchase more worthwhile.