How to play Android games on PC?

Put Android games on your computer 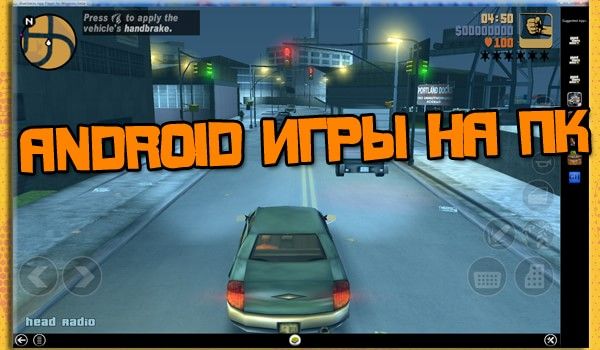 The most modern games on Android can already compete in graphics with computer games that are several years old, so it is quite reasonable to want to play Android games on a computer without thinking about battery charge and sudden calls interrupting the game.

For those who still don’t know how to play android games on PC, a small instruction is below.

In order to install and run Android games on a computer, you will need to install a full-fledged Android x86 or Remix OS, or simply install an android emulator on a Windows computer.

How to play Android games on PC? Installing an Android game on a computer will not take much time, you will need to follow a couple of simple steps:

1. Installing a program for Android games on a computer

To install Android games on your computer, you need to make sure that everything works. A regular benchmark is suitable for verification, for example, Antutu is already installed in BlueStacks, which you need to run and run the full test. If the testing passes without crashes, black / white textures and other nastiness, then it will be possible to play Android on a PC without dancing with a tambourine. If something went wrong, just describe your problem in the comments, and I will be happy to help you.

Installing an Android game on your computer should not cause any problems, you probably already noticed the Play Store icon in your Android emulator, just connect to the internet and run it. The Play Market will ask you to enter your Google account details, after entering you can download any game, just like on a smartphone.

By the way, how to install games with a cache is written here, you need to use this material with one amendment: access to computer files from the emulator is usually blocked, so you need to use additional software such as the ADB plugin for Total Commander, which will see the emulator as a separate Android device. You can download it here.

How to play Android games on computer

You may have already guessed that in emulators you can configure the control of a fictional device at your discretion. For example, to assign a key to tilt the device to one side, just click on the keyboard icon in the emulator window.

What to do if you couldn’t find your favorite game? Write the name in the comments, indicating which emulator you are using, and I will send you a link to the game and the cache.