Choosing an Android emulator on a PC – BlueStacks, Andy, etc.

Recently, quite a lot of different Android emulators on a PC have appeared on the World Wide Web, but not all of them can completely replace the fully installed Android x86 OS.

You can download an android emulator on a PC using the link in the comments, emulators are updated frequently, so you can ask for a fresh one in the comments.

Genymotion is a very fast android emulator for PC.

Among its merits are:

Among the shortcomings, one can single out the impossibility of testing applications written using Adobe Air Mobile. The emulator just doesn’t support it.

Also not quite an emulator in the usual sense of the word. Basically, it is an Android application development environment. It is this emulator that is built into Android Studio. Supports Windows XP, 7, 8, MacOS, Linux. The advantages include ease of use and a simple interface. Well, the shortcomings were mentioned earlier – the slow speed of the emulator. 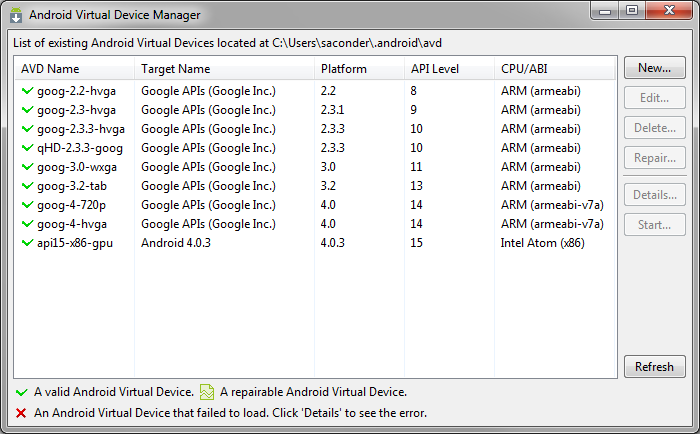 If you have any problems using Android emulators on PC, write in the comments.

The first and probably the best option to install is Andy. Its capabilities:

BlueStacks is a popular Android emulator

Another version of the Android emulator for PC, also quite popular is BlueStacks. What BlueStack can do:

And here is a small comparison of Android emulators for Windows: Andy vs BlueStacks! 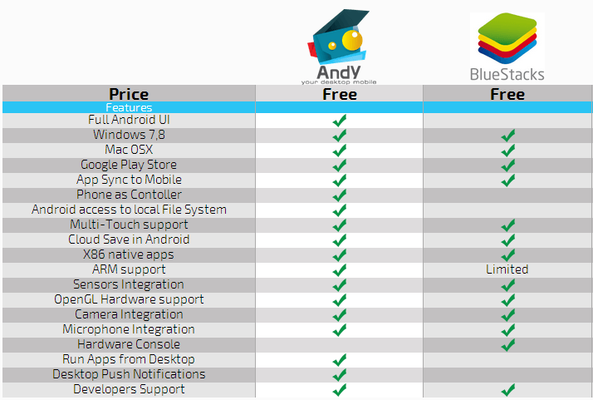 Let me know in the comments about your result and experience!