Nox App Player is one of the best Android emulators

If you often play on an Android device and would like to play your favorite game on a computer/laptop/tablet with Windows, then this program was created just for you. Nox App Player emulates the operation of an Android smartphone or tablet (so far Nox App Player uses Android 4.4.2, but updates are coming soon!), With this program you can enjoy your favorite game without leaving your PC. 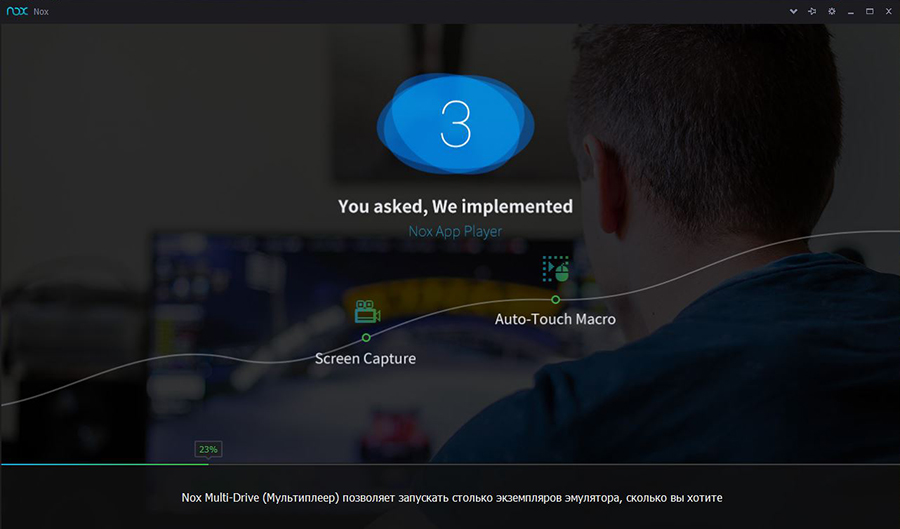 For a long time, the niche of a high-quality and free Android emulator was occupied by Bluestacks, but it has a notable competitor. Many users of the Nox emulator note that it gives better performance compared to other emulators. For users of powerful PCs, the difference is unlikely to be noticeable, but on weak systems, the difference is very noticeable. 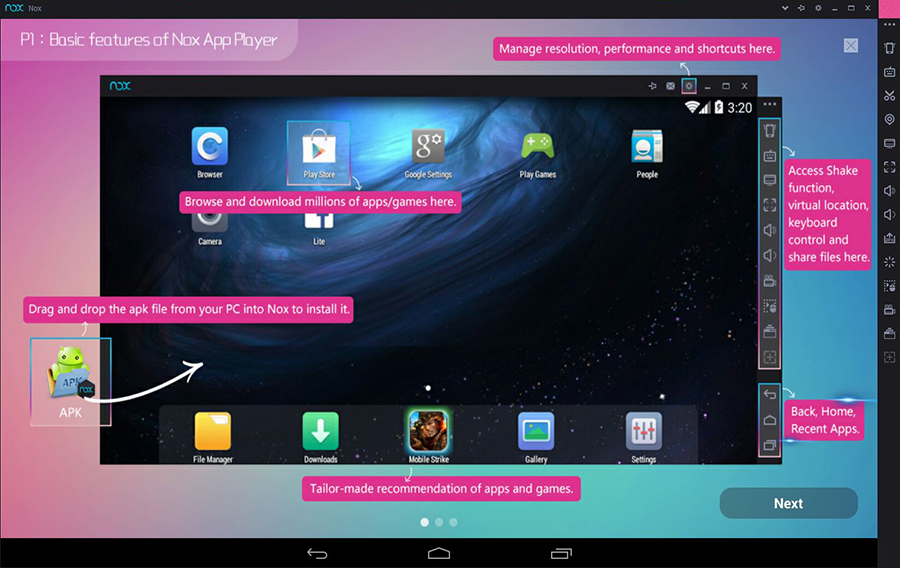 The Nox App Player emulator is completely free and has fast and competent support. If something suddenly becomes incomprehensible to you, most likely the solution to the problem has already been described on the forum. This is a very big plus.

Another big plus of the Nox emulator is a quick and understandable emulation setup, which even a person far from emulators can figure out without any problems. Having entered the advanced settings, you will immediately be prompted to change the performance mode (how many cores will be allocated for the emulator and the amount of RAM), as well as the settings for launching the emulator system, in which you can choose:

With a tablet and a phone, everything is clear right away, but the custom mode allows you to select the appropriate resolution and DPI manually. Even in the settings, you can select the brand and model of the device, as well as enter your phone number and even IMEI. Probably, for someone this is a very useful feature. 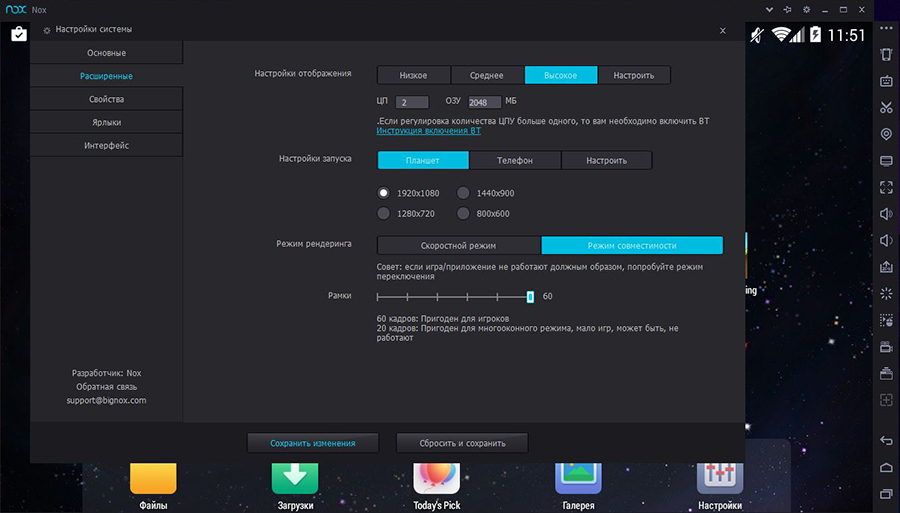 We figured out the settings, let’s move on to the main part – emulated Android 4.4.2. 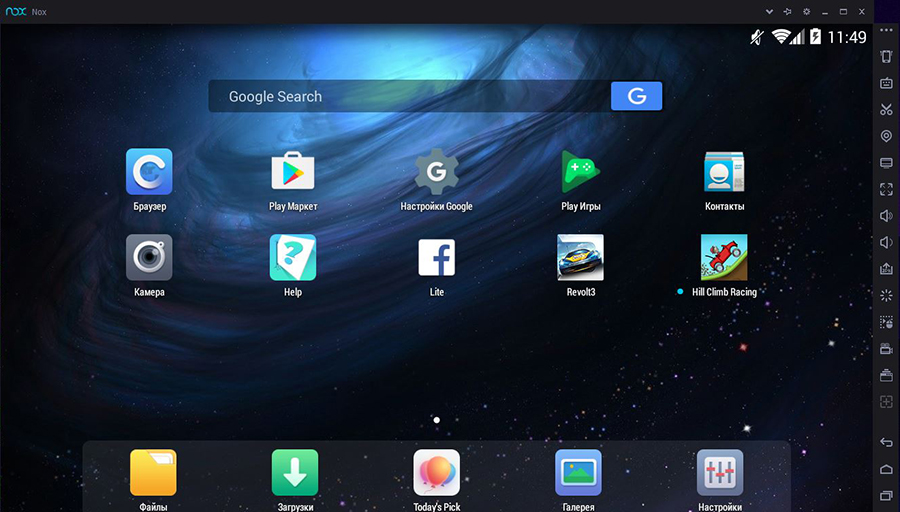 Having opened the Nox emulator, we are greeted with a simple and intuitive interface, you can change the wallpaper or move the application shortcuts in the way that suits you. Nothing else is needed from the emulator interface, for the rest there are full-fledged Android systems on the PC.

To install applications, the Nox emulator has a built-in Google Play Store, by logging into it you can download millions of applications for free, usually there are no problems with it. 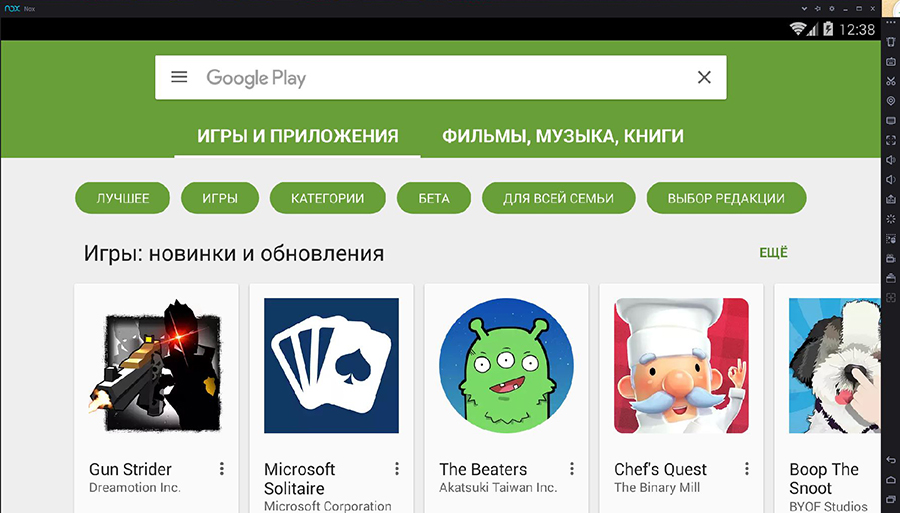 If you don’t want to download from the Google Play Store, installing an application from another source is not at all a problem, download the application in Windows and simply double-click on it, it will automatically install in the emulator and its icon will appear on the main screen.

You can also run multiple copies of the Nox emulator at the same time, using this feature you can organize local multiplayer in your favorite game on one PC.

After installing the emulator, you immediately want to test it. Most games will take a little time to set up. Fortunately, the setup is very simple, for example, to play a race without accelerometer control, click on the keyboard icon on the right panel of the emulator, drag the arrows from the top panel and place where the control ring is in the game. If there is no control ring, you can simply click on the control point and assign a button. Very simple and very convenient. If something is not clear, write in the comments and they will help you with the settings. 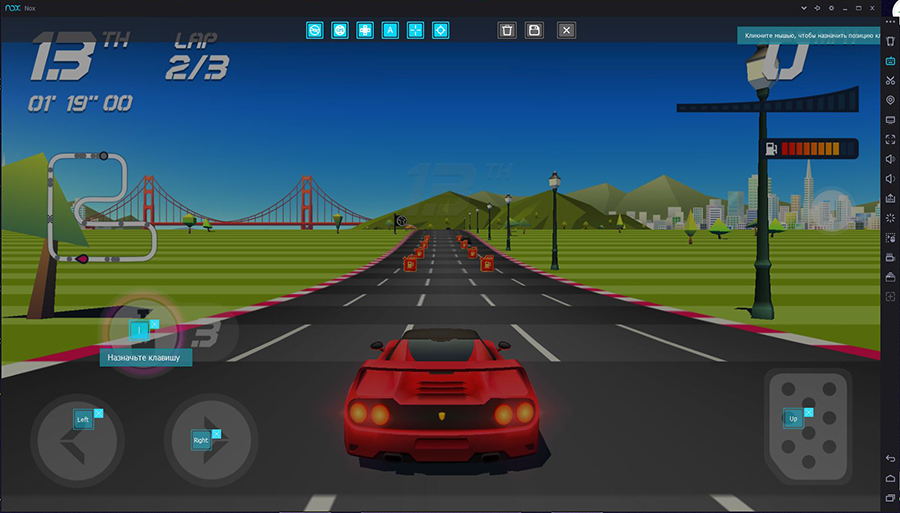 What could be better than playing your favorite keyboard and mouse shooter? Nox App Player has everything you need for a normal game with a mouse. Just drag and drop the aim button on the screen and you can move the mouse instead of clicking like you would in a PC game. The best feature of the emulator!

The Nox App Player emulator can also simulate the work of the accelerometer. This allows you to comfortably play popular racing games on the big screen.

All games except Asphalt work pretty well, but in this game the sound slows down. Maybe it’s because of the old system:

The amenities don’t end there! If you wanted to play Pokemon Go or similar games, but were too lazy to leave the house and walk in the cold or rain, then Nox App Player is exactly what you need! It allows you to emulate your location and move at a certain speed in the right directions. Exactly what you need for Pokemon Go!

Have you noticed a performance boost in Nox App Player compared to Bluestacks? Share your results in the comments.